"I Am Doing My Best To Protect Our Daughter" 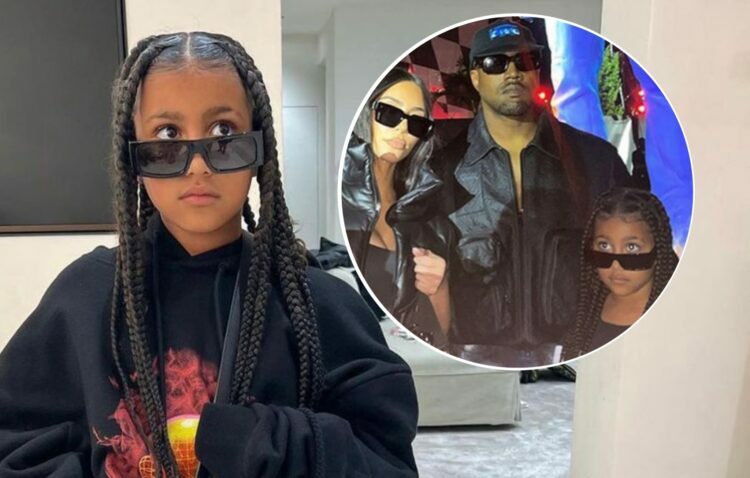 Kanye West and Kim Kardashian are at odds with each other amid their oldest daughter North West’s presence on TikTok. Kardashian took to her Instagram stories on Friday to accuse her estranged husband of being ‘controlling and manipulative’ after he went on social media to lament about their daughter being on Tik Tok against his will.

He wrote, “SINCE THIS IS MY FIRST DIVORCE I NEED TO KNOW WHAT I SHOULD DO ABOUT MY DAUGHTER BEING PUT ON TIK TOK AGAINST MY WILL ?”

To which Kim responded, “Kanye’s constant need for attacking me in interviews and on social media is actually more hurtful than any TikTok North might create. As the parent who is the main provider and caregiver for our children, I am doing my best to protect our daughter while also allowing her to express her creativity in the medium that she wishes with adult supervision – because it brings her happiness,” The Keeping Up With The Kardashians (KUWTK) star added.

“Divorce is difficult enough on our children,” Kim continued. “Kanye’s obsession with trying to control and manipulate our situation so negatively and publicly is only causing further pain for all.”

Kim Kardashian filed to divorce Kanye West last year after the ‘Praise God’ rapper revealed private information during his presidential campaign in 2020. Kim was seen at Kanye’s concert at the Los Angeles Coliseum despite her decision to move forward with marriage dissolution.

Kanye West recently sat down with Jason Lee of Hollywood Unlocked where he revealed his desire to keep his and Kim’s oldest daughter off TikTok. “Don’t have my daughter wearing lipstick on TikTok, or don’t have her on TikTok at all, if I’m not there to approve that,” the rapper said during the interview. “It was done without me knowing,” Kanye shared in reference to North West having a TikTok account.

Kanye shared his thoughts about North and her activity on TikTok after taking to his social media page to blast Kim Kardashian for allegedly not providing the address to the couple’s youngest daughter Chicago West’s birthday party last month. The rapper told his fans that he was going public with the information because he needed their support.

“It saddens me that Kanye continues to make it impossible every step of the way,” Kim said in her statement on Friday. “I wish to handle all matters regarding our children privately,” she added. “Hopefully, he can finally respond to the third attorney he has had in the last year to resolve any issues amicably.”