"My Kingdom Is Growing And My Queens Shall Rule" 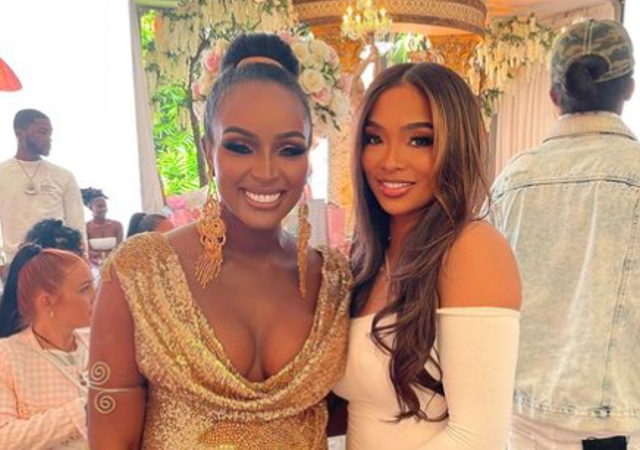 Amara La Negra celebrated the impending birth of her twins with a baby shower fit for kings and queens. The Love and Hip Hop: Miami (LHHMIA) star was surrounded by family and friends at her bash earlier this week.

“My kingdom is growing and my queens shall rule,” Amara told her Instagram fans. The LHHMIA star gave an inside look at her party, which featured decorations that were simply fabulous. Amara had a white carpet area that allowed guests to take pictures. The celebrity wore a gold gown to the event while her guests bolstered white attire.

“The most beautiful mommy-to-be,” Princess Love wrote online after Amara La Negra’s baby shower. “Can’t wait to meet your little Queens,” the Love and Hip Hop: Hollywood (LHHH) star said. “I am so happy for Amara,” one fan said in response to Princess Love’s Instagram post. “She is going to be a great mom.”

Amara La Negra has not stopped preparing and doting on her unborn babies since sharing the exciting news of her expectancy. The LHHMIA star celebrated her future life as a single mom during a recent interview with PEOPLE En Espanol.

“I will be a single mother,” Amara declared. “Father is not the one who makes the child but the one who raises it,” she added. “In time, if God grants me the blessing of finding the right man, one who supports me, who accepts me with my children, then Amen, he will be well received. But I feel blessed, and I am so happy.”

Amara La Negra will be a single mom with the support of her mom, Olega, who was also a single mother during her daughter’s rearing years.

Amara La Negra is expecting her twin daughters to arrive in the coming weeks.