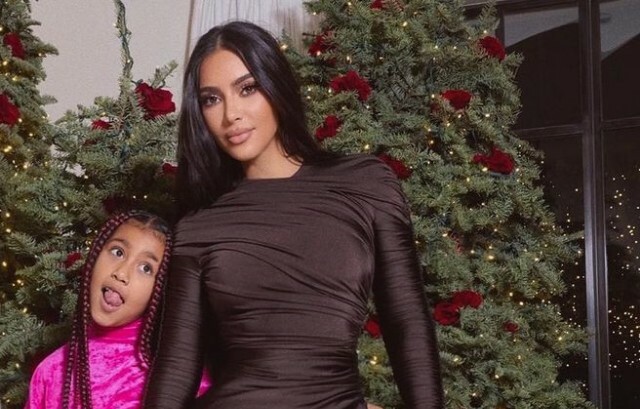 North West unquestionably does not hold her tongue when it comes to offering her opinion. Below are eight times the 8-year-old has shaded mom Kim Kardashian, and they are hilarious!

1. When North called out her mother’s taste in music.

North: “You never listen to it.”

Why is North always collecting her mom like this 😩😩😩 pic.twitter.com/CXz4fAh4mg

The backstory: When the talented Olivia Rodrigo dropped her debut album, the “Sour” artist sent mailers to her celeb friends, including the SKIMS founder. Kardashian posted how much she likes, “Drivers License.” Well, North had to clarify.

“I can’t wait for her album,” Kim said in an Instagram Story video. “You guys know I love ‘Drivers License.'”

North can be heard off-camera, “You never listen to it.”

Kim denied North’s claim, saying she “listens to it all the time.” Saint was brought in to back his mom up.

The backstory: For the big 4-0, Kardashian took to Instagram to show off all the nice gifts her friends gave her for, including an arrangement of flowers from fashion designer Olivier Rousteing.

Kim thought they were beautiful, North had another opinion. She didn’t like them and that if she was “dying” over these flowers like she said she was, she’d “be in the grave.”

3. North was not having it when Kim was hiding from her

The backstory: Of course, during quarantine, many needed a break from being around loved ones 24-7. Well, that included Kardashian herself. In April 2020, the Keeping Up With the Kardashian‘s reality star hid out in her guest bathroom to do a makeup tutorial. North found her and when Kardashian admitted that she was hiding out “because [her] kids will not leave [her] alone,” North yelled, “Hey, that’s mean!”

The backstory: In April 2020, to help encourage Californians to social distance and take the pandemic seriously, Kardashian took to social media. Well, North actually hijacked her mother’s PSA and actually stole the show!

5. Don’t talk about JoJo Siwa around North West, she will tell…even if it is on her own mom

The backstory: Back in May 2019, the famous Dance Moms alum babysat North. Well, apparently, at some point, Kardashian mentioned that Siwa “screams alot” and North told. Assignment failed. Kardashian found out to never talk about JoJo Siwa around North.

6. When North pointed out that her mom was on the phone (Start at the 0:11 minute mark.)

The backstory: During an Instagram Live in October 2020, Kim invited North on to say hi to the fans tuning in, but North had other plans. Once again, North stole the show.

The backstory: Kim was having a good time on the Dumbo ride at Disneyland, but when she wanted North to look at the camera for Snapchat, North wasn’t having it. She definitely has the “get the camera out of my face” move down!

8. North shaded her mom about her house

As we have saved the best for last! This is probably one of the most hilarious moments to date in North West shade history.

The backstory: During an interview on Ellen’s Mom Confessions, Kim was asked, “What’s the meanest thing your child has said to you?” Her answer was about North, and it was a good one!

“Every time I get into some kind of disagreement with my daughter North, she thinks this is a dig to me: She’ll say, ‘Your house is so ugly, it’s all white! Who lives like this?’” Kim explained. “She just thinks it, like, gets to me, and it is kind of mean because I like my house.”

What’s your favorite North West shade moment? Sound-off and comment below. We want to hear from you!