Home » NEWS » DRAKE’S SON, ADONIS, HILARIOUSLY SAID THIS TO HIS DAD IN FRENCH

DRAKE’S SON, ADONIS, HILARIOUSLY SAID THIS TO HIS DAD IN FRENCH 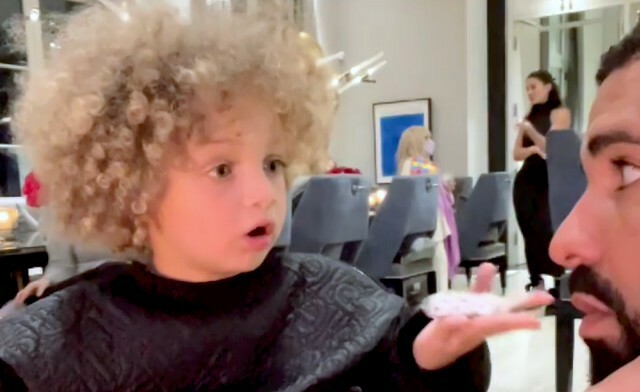 Drake’s son, Adonis, speaks French! The youngster recently told his father something hilarious in the language.

Fans could not get enough of Adonis and his latest developmental stage. “It be ya own kids (sic),” one BCK Instagram subscriber mused. “Aww,” another social media follower doted. “He’s bilingual and cute.”

Adonis Graham is Drake’s son with philanthropist Sophie Brussaux. The youngster celebrated his birthday last October, which was several months after he made an appearance at the Billboard Awards with his father. Drake received The Decade Award and thanked his son along with others for the accomplishment.

Drake turned the spotlight to Adonis just as the little one was trying to leave the stage. “I want to dedicate this award to you,” the celebrity father said to his son. “Too much cuteness,” one supporter said after watching the video clip. “He proved long ago what a great artist he is,” another fan said of Drake’s success as a recording artist. “Excellent presentation of his struggles and successes,” the supporter declared.

Adonis Graham is a hit on both his mom and dad’s social media pages. The little one turns 5-years-old this year.