ALYSSA SCOTT ON NICK CANNON’S BABY NEWS: ‘IT IS PAINFUL’

"I Will Not Judge" 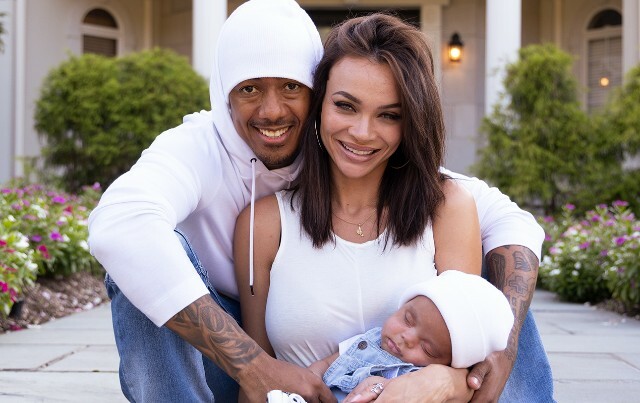 Alyssa Scott is at peace after the untimely death of her son, Zen Cannon. The celebrity took to Instagram on Monday (Jan. 31) to have words after Nick Cannon’s baby news spread.

“I want to thank every single person who has messaged or thought of me over the course of these last few months,” Alyssa wrote to her supporters. “I always say Zen expanded my heart in ways I never thought possible. He filled that space with compassion, knowing I would need that most.”

Zen Cannon died on December 5, 2021. The little one suffered from a brain tumor that was discovered when he was just 2-months-old. Nick Cannon and Alyssa Scott pursued the best treatment options for their son. Still, Zen was not able to beat the medical condition.

“I wanted to definitely respect the grieving process with Alyssa, and Bre was respectful enough—she held off making our announcements and speaking on social media,” Nick said of his decision to wait until after he and Alyssa memorialized their son before sharing the news of his family’s expansion with the public.

“Even right now, that it came out yesterday, that wasn’t planned to talk about it,” Nick continued. “We wanted to, you know, hold on as long as we can, but it happened.”

Alyssa Scott shared her feelings about her and Zen being included in Nick Cannon’s confirmation. “It is painful having my son be a part of conversations that aren’t in alignment with his light and legacy,” Scott told her Instagram supporters. “It isn’t something I chose for him or myself,” she added.

“It’s important for me to let you all know: I am centered, I am at peace. I look at everyone’s predicament with loving eyes. I will not judge. I will consciously decide what I will participate in. I am surrounded by love. God, my mom, dad, sister, brother, and daughter continue to carry me.”

Zen Cannon was Alyssa Scott and Nick Cannon’s only child together. The little one made Nick a father of seven last June.

DRAKE'S SON, ADONIS, HILARIOUSLY SAID THIS TO HIS DAD IN FRENCH

DRAKE'S SON, ADONIS, HILARIOUSLY SAID THIS TO HIS DAD IN FRENCH