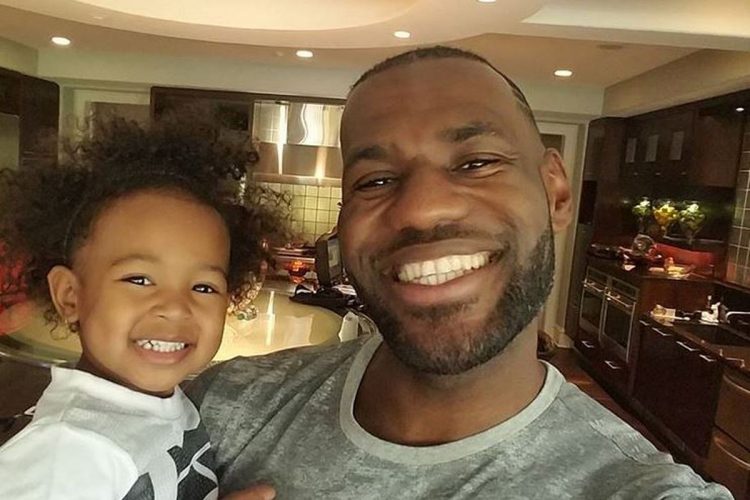 The 2020 NBA Playoffs are underway in the NBA’s “bubble” as players seek to guide their teams to the coveted NBA Championship. Unfortunately, the NBA players don’t have their kids there to support them this time, and many NBA stars like LeBron James, Jayson Tatum, and Chris Paul, have expressed how being away from their families has affected them.

After a four-month hiatus due to COVID-19, the 2019-20 NBA season restarted on July 30; exclusively at the NBA’s restricted “bubble” campus in Orlando, Florida. After eight seeding games, the first round of 2020 NBA Playoffs began on Monday, August 17. Many of the NBA players are doting fathers, but unlike the WNBA, the NBA players aren’t allowed to bring their children in the “bubble” until the first round is over. After spending four months with their families during the hiatus, which is longer than usual, having to leave their kids again hit especially hard for some players as they try to stay connected until families are allowed in the “bubble.”

LeBron James of the Los Angeles Lakers recently expressed how much he misses his wife and three kids. “I miss the hell out of my family. My wife, my kids, my mother. And so on and so on. It’s a huge challenge,” said James. Despite his son’s best efforts, LeBron says there’s no substitute for him actually being home. “You can’t replicate actual presence when you’re waking up and you’re in the living room or you’re in the kitchen or you’re outside playing with your kids or playing with your daughter, playing video games with your boys or working out with your boys,” says LeBron. “You can’t replicate that. I’m not there.

Jayson Tatum, the Boston Celtics star who is a father to his 2-year-old son Jayson “Deuce” Tatum Jr., reads to his son every night via FaceTime from the “bubble.” He almost skipped the season entirely, as he feared missing his toddler developing. “Just being away from my son for two or three months, that’s what’s really bothering me. Knowing that he’s only 2-and-a-half, and especially when they’re that young, their growth, they change every week, just knowing I’m going to miss out on that,” said Tatum.

Chris Paul of the Oklahoma City Thunder recently missed his daughter Camryn’s 8th birthday. Of course, Paul stayed connected via FaceTime as much as possible for Camryn’s birthday, but as LeBron said, there’s ultimately no way to replicate Paul actually being there. Paul did leave a sweet Instagram message wishing his beloved daughter a happy birthday, which read: “HAPPY BIRTHDAY BABY GIRL!!!!! Already 8 years old 🤦🏾‍♂️…starting to get a lil too old for Daddy’s liking 😅🤷🏾‍♂️🤣 LOVE YOU lil mama and I can’t wait to get home and squeeze you tight!! ❤️❤️❤️ @instacam_816.”