"Can't Wait Until You Get Here, Little Man" 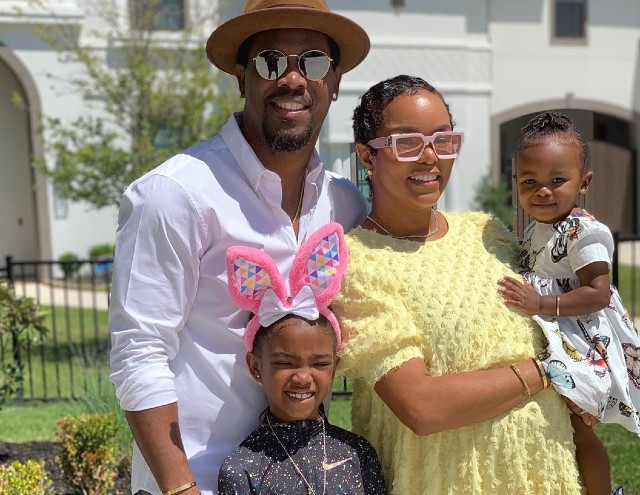 LeToya Luckett did not go into preterm labor. The recording artist’s husband, Tommicus Walker, recently gave a tour of his kids’ closet and expressed excitement about meeting his baby boy upon his arrival.

A heart full of love & gratitude ❤️✨ 📸 @mo_storyteller Styled by @stylistjbolin Hair: @onpointstylin Makeup: By Me

In the video clip, Tommicus showed viewers his unborn son’s wardrobe. There were a few designer brands represented, but the majority of the wear was that of casual baby attire. “Can’t wait until you get here, little man,” Tommicus said at the end of the clip.

Footage of Tommicus Walker showing off his kids’ closet comes days after the expectant father took to Instagram to solicit prayers for his family. Some thought LeToya went into preterm labor after Tommicus wrote, “I pray my wife does not go into preterm labor and my son healthy. God fix it and bless my enemies.” As it turns out, Tommicus was actually responding to allegations of infidelity on his part.

Family growing 💙 what a blessing!!

The Shade Room allegedly interviewed one of Tommicus’ mistresses who claimed to have video proof of his affair with her. The alleged mistress, who is an Instagram model from Texas, also revealed that she was one of at least two women with whom Tommicus had relations outside of his marriage.

Neither Tommicus Walker nor LeToya Luckett have officially addressed the rumor. The two have, however, unfollowed each other on social media as he continues to ask for supernatural help to “fix” personal situations that remain unnamed.

our son will have a beautiful mother 💙

LeToya Luckett and Tommicus Walker are expecting their son to arrive in the coming weeks. The little one will join the couple’s daughter, Gianna, and Tommicus’ oldest daughter, Madison, at home. Stay tuned for more celebrity pregnancy news!