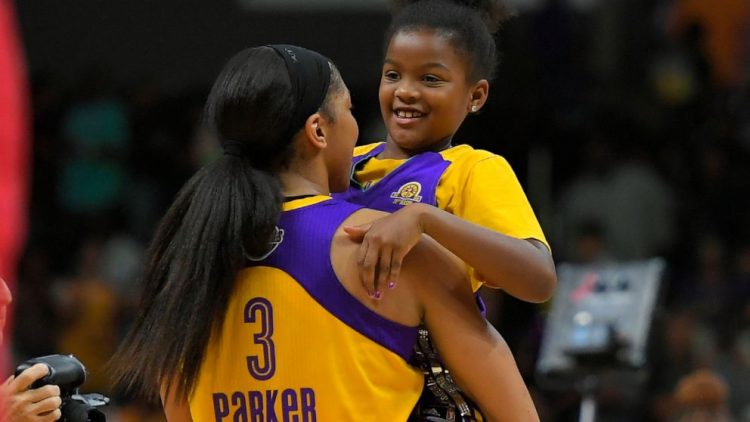 The 2020 WNBA season is approaching soon, and the WNBA players and their kids are all ready for it.

The 2020 WNBA season begins on July 25 at IMG Academy in Bradenton, Florida. IMG Academy will host all 12 of the WNBA’s teams in a restricted “bubble” environment (nicknamed the “Wubble”) due to COVID-19 concerns, as all the housing, training, and games will take place there. The season will consist of 22 games (shortened from 34 games last season) followed by the traditional WNBA playoffs format.

Fortunately, the WNBA players aren’t alone in the bubble; their children are there to support their mothers. The WNBA allows the players to bring their children in the bubble and even provides them with hired caretakers for assistance. WNBA players like Bria Holmes of the Connecticut Sun and Candace Parker of the Los Angeles Sparks didn’t hesitate to bring their daughters along. “We’re a package deal,” says Parker.

Two weeks into their stay in the bubble, the players, coaches, and their staff and family have adjusted quite well. WNBA legend Sue Bird, who currently plays for the Seattle Storm, describes the bubble as “part summer camp, mixed in with the Olympic village, playing overseas and an AAU tournament with a little bit of college life thrown in.” The WNBA players’ children are definitely the summer camp part, as the kids have stolen the spotlight leading up to the WNBA season, and there are social media videos to prove it.

In one adorable video, Las Vegas Aces star Dearica Hamby posted a funny clip of her young daughter Amaya yelling at her to wear her mask after she took it off. “Literally pulled it down for 2 seconds,” wrote Hamby. “She not playing with me… lmao.”

Literally pulled it down for 2 seconds… she not playing with me…. lmao pic.twitter.com/sH6yF8yacU

In a video the Connecticut Sun posted to Twitter, Bria Holmes’ adorable young daughter Diona is shown watching videos on her iPad while her mother practices in the background. The tweet was captioned: “Mom hoops & I watch film” -Baby D (probably).”