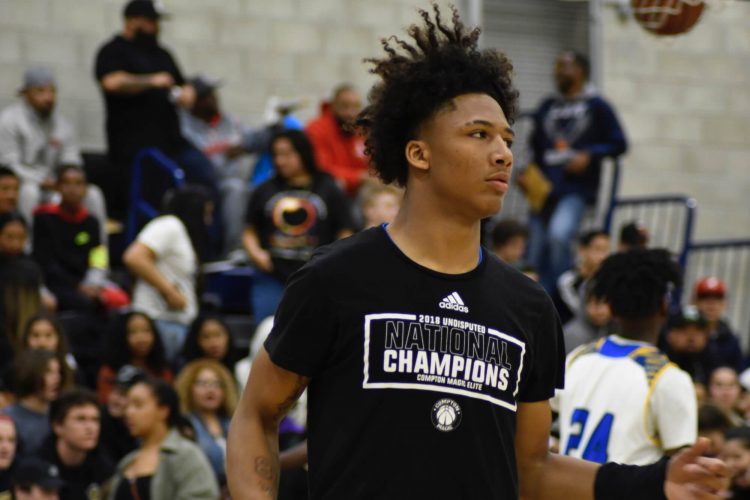 A 15-year-old basketball prodigy, Mikey Williams is one of the best high school basketball players in the country, ranking #3 on ESPN’s Top 25 players of the Class of 2023. Recently, Williams wrote a blog for Sports Illustrated, where he detailed his life on and off the court.

A guard for San Ysidro High School in California, Mikey Williams is a talented, explosive player, leading the state of California in scoring. Befitting of his talent and high ranking, Williams has over 2 million Instagram followers, which include the likes of rapper Drake and NBA greats Kevin Durant and LeBron James. Recently, Williams made headlines when he announced that he was considering attending an HBCU. He already had offers from schools such as Oregon, UCLA and Kansas, but after his announcement, he received new offers from many HBCU’s (Historically Black Colleges and Universities).

“My coach and my AAU director tell me when schools reach out about me, so they’ve been staying in touch through them,” said Williams. “My latest offers are from Pittsburgh, Norfolk State, Tennessee State, Grambling State, Howard, Morehouse, Florida A&M, North Carolina Central, Hampton, Alabama State and Texas Southern, so that’s cool!”

Mikey Williams also discussed how he works out and stays in shape despite the COVID-19 pandemic keeping gyms closed. One of his friends owns a gym and he trains there “every day now,” working on improving his ball handling during workouts. “If I had to pick one thing that has gotten stronger in the quarantine workouts, I would say my ball handling,” said Williams. “I’ve really concentrated on that and I can see how it’s gotten better. That’s something that I’m proud of. My overall game has gotten better too.”

Mikey Williams also spoke about the time he worked out with LeBron “Bronny” James Jr., the son of NBA superstar LeBron James, saying that they make each other better. “I worked out with Bronny (James) recently for about a week and we really went in pushing each other on the court. It’s not really a competition thing with us, we just push each other to our limits and that’s why we like to work out together,” says Williams. “Then, when we go against each other, we go as hard as possible at each other. It makes us better, and that’s always the goal.”

My brothers keeper. I love you , I got your back! Together We Rise. Black Lives Matter. 🖤