BASKETBALL RECRUIT MIKEY WILLIAMS IS CONSIDERING GOING TO AN HBCU 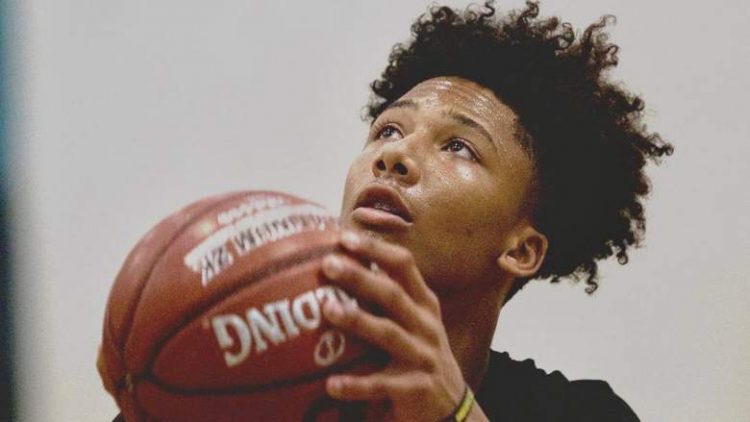 Mikey Williams, a 15-year-old high school basketball phenom, sent shock waves through the basketball world when he announced that he was considering going to an HBCU.

A rising sophomore, Mikey Williams plays for San Ysidro High School in California, and is obviously a highly talented and skilled basketball player. He has already received scholarship offers from the likes of UCLA and Kansas, among other basketball schools. However, he recently put out a Tweet that said, “Going to an HBCU wouldn’t be too bad…👀.”

Going to an HBCU wouldn’t be too bad…👀

For highly touted prospects like Mikey Williams, who often spend one year at college basketball powerhouses like the aforementioned UCLA and Kansas before going to the NBA, attending HBCUs (Historically Black Colleges and Universities) are essentially unprecedented. A phenomenal talent such as Mikey Williams heading to an HBCU could have tremendous implications for college basketball, and of course, it wasn’t long before HBCUs such as Howard, Hampton, Norfolk State and NCCU (North Carolina Central University) sent offers his way.

Mikey Williams further elaborated on why he was considering attending an HBCU on Instagram. In his post, he put up a picture of the tweet and in the caption, Williams said that he wanted to help the Black community in any way he could, explaining that “top-level” college prospects will be great at any school.

“WE ARE THE REASON THAT THESE SCHOOLS HAVE SUCH BIG NAMES AND SUCH GOOD HISTORY… But in the end what do we get out of it?? What a lot of Top-level athletes don’t understand is… If you’re a pro… then you’re a pro no matter what college you go to… even if you don’t go to college… if you’re a killer… YOU ARE GOING TO KILL ANYWHERE,” says Williams.

“Not enough people speak on things like this and I’ve been meaning to do so and put some word out but I figured this would be the perfect time to do it… I’m going to keep it short and simple… I just wanted to let everybody know that I AM RIDING FOR MY PEOPLE! I’M 10 TOES BEHIND THE BLACK COMMUNITY!! Any way I can help or make a change in the black community best believe I am going to do that. Only God knows what the future holds… But when that time does come that I have to narrow my schools down to whatever number it is… there WILL be multiple HBCUs on that list! And they won’t just be there for show,” promised Williams.