Home » NEWS » BRONNY JAMES, MIKEY WILLIAMS AND EMONI BATES ARE EMERGING AS THE FACES OF BASKETBALL’S NEXT GENERATION 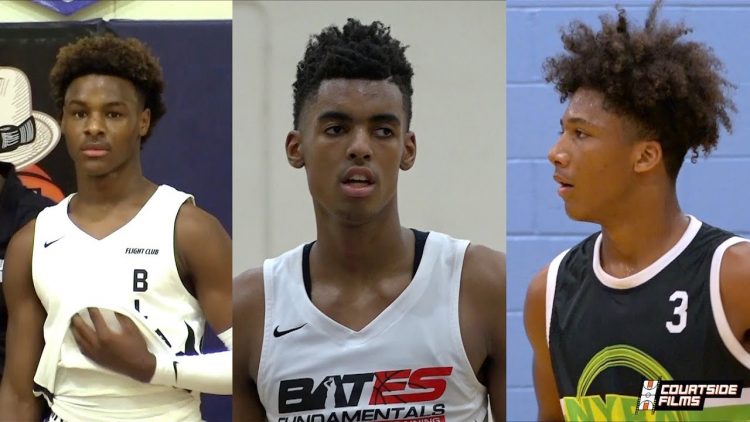 LeBron “Bronny” James Jr., Mikey Williams and Emoni Bates are barely old enough to drive, yet they stand out as the faces of basketball’s next generation.

15-year-old Bronny James, the eldest son of NBA great LeBron James, is a rising sophomore who plays for Sierra Canyon High School in California. While Bronny does receive plenty of attention due to his esteemed father (he has 5.2 million Instagram followers), don’t be fooled by the hype. Bronny is actually a very talented basketball player and shows plenty of promise as a member of the class of 2023, but he isn’t the only one.

Mikey Williams is also a 15-year-old rising sophomore, and he plays for San Ysidro High School in California. Despite having 2 million Instagram followers, a casual basketball fan could be excused for not recognizing him, since Williams doesn’t receive the same attention Bronny gets as LeBron James’ son. However, Williams’ talent and skill far outshines his level of fame and he has already received offers from glorious basketball schools such as Kansas and UCLA.

Emoni Bates had a historic sophomore season. We turned it into this 🔥🔥 mixtape @BatesEmoni pic.twitter.com/jSGr22foL2

Bronny James and Mikey Williams are both certainly good players, but neither of them are considered to be the best current high school basketball player. That honor goes to 16-year-old Emoni Bates, the top ranked player in the class of 2022. A rising junior, Bates plays for Lincoln High School in Michigan and despite having less Instagram followers than James Jr. or Williams, he definitely has more talent and skill. Though to be fair, Bates is a year older and is taller than both of them. Regardless, Bates was featured on the cover of Sports Illustrated at 15-years-old and won the Gatorade National Player of the Year award in April 2020, a testament to his amazing talent and exciting potential.

With their skills, talent and fame, which will only grow as they get older, Bronny James, Mikey Williams and Emoni Bates are all poised to bring about a new era in the next generation of basketball.