"I'm So Nuts About This Child" 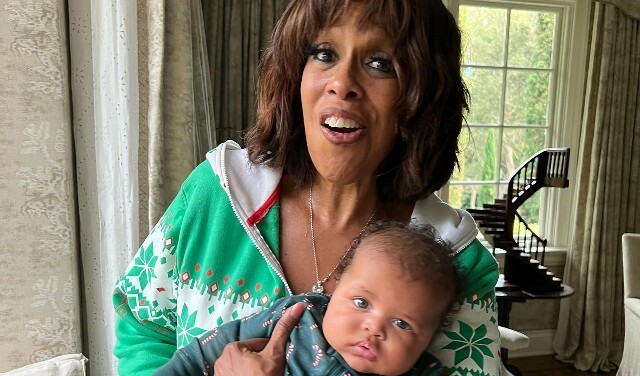 Gayle King is a doting grandmother. The CBS This Morning co-anchor recently gushed about her life as a first-time grandma to her grandson, Luca Miller.

“I’m so nuts about this child,” Gayle said during a segment on Parents magazine’s We Are Family podcast. “I’m certainly not the first person to have a grandchild — I realize that, but what I like is seeing Kirby become a mother herself,” King said of the experience. “She’s so good at it. She and her husband, Virgil, are such great partners.”

Gayle King’s daughter, Kirby Bumpus, and her husband, Virgil Miller, welcomed their son last September. Gayle announced Luca’s arrival on CBS This Morning. “I’m officially a grandmother,” King said. “It’s really something when you see your own child become a parent,” the journalist shared. “I am so nuts about him.”

King went on to introduce her grandson to Oprah Daily fans. “Please allow me to introduce to the world Luca Lynn Miller,” Gayle told the publication’s subscribers. “His middle name is Lynn,” Gayle added. “Virgil lost his brother earlier this year so little Luca has his uncle’s middle name,” the celebrity grandma said in reference to Kirby and Virgil’s decision to give their son a middle name that honors his late uncle. “We already call, his initials are LLM so we call him LL Mill. LL Cool Mill,” Gayle said of the nicknames Luca garnered shortly after his birth.

Excitement surrounded the impending birth of Luca months before his arrival. Gayle King could not mask her joy during an interview with Ellen DeGeneres, which was weeks before her daughter gave birth. The CBS journalist was wishing for a boy at the time.

“I’m the oldest of four girls,” Gayle told Ellen. “My whole life I wanted a big brother,” the celebrity shared. “My whole life,” King continued. “I just saw that people with big brothers were lucky. So I always like a firstborn to be a boy, then the second one is a girl. Then you have a big brother that takes care of you. That’s just my own little fantasy.”