"My Baby Is Having A Baby" 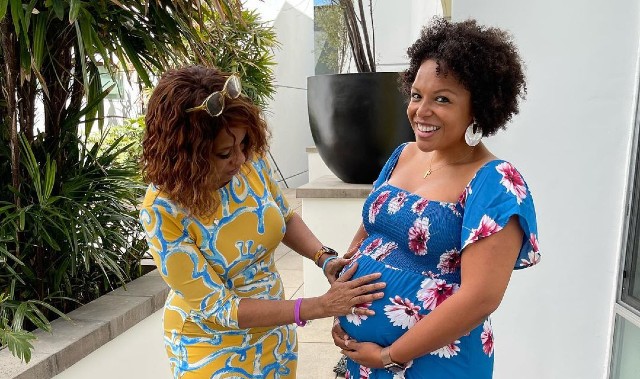 Congratulations to Gayle King who is expecting her first grandchild. The journalist recently took to Instagram to celebrate her daughter’s birthday and expectancy. 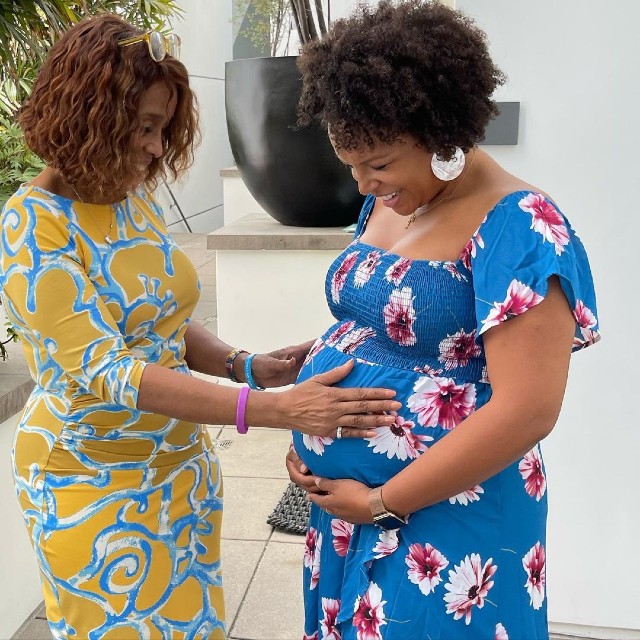 “Happy birthday to my favorite daughter @kirbybump (Kirby Bumpus),” Gayle wrote online this past weekend. “And now my baby is having a baby,” King exclaimed.

Kirby shared the news of her pregnancy with Gayle via a Zoom video. “Can’t wait for September,” King told her social media fans. “The search continues for a great-grandma name,” the celebrity added. “I don’t want to be called nana.”

Ashley Graham promised to help Gayle King find the right name as a grandmother. “I’m making a ‘Grandma’ name list as we speak,” Graham told King. Another fan wrote, “Gayle needs to be Glamma for sure.”

Kirby is one of Gayle King’s two children. Gayle first shared the news of her daughter’s expectancy during an interview with Ellen DeGeneres back in April.

“We haven’t told anybody, because I’ve been held to secrecy,” King shared. “Ellen, I’m gonna be a grandmother, and I can’t wait,” the television personality revealed after unsuccessfully trying to hold in the good news.

“Right before I went on the air, I said, ‘Kirby, if Ellen doesn’t ask me anything about grandchildren, I’m not gonna mention it,'” Gayle shared in reference to her sharing the news after admitting she was held to secrecy by her daughter. “‘But, if she does ask me, I don’t wanna stand there and say I don’t know,'” King continued regarding the conversation she had with her daughter before going on-air with Ellen DeGeneres. “‘I don’t want to do that,'” Gayle said.

Gayle King did not reveal the gender of her daughter’s unborn child, though the television personality admitted her desire for Kirby to have a son first. “I’m the oldest of four girls. My whole life I wanted a big brother,” Gayle revealed to Ellen.

“I just thought people that had big brothers were really lucky,” the celebrity continued. “So I always like a firstborn to be a boy, then the second one is a girl, and then you have a big brother that takes care of you. It’s just my own little fantasy.”

Kirby is due to give birth in September.