"Take A Shot At Going Backward" 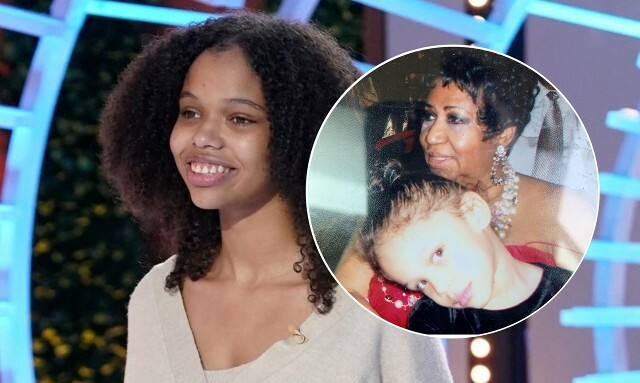 Aretha Franklin’s granddaughter, Grace Franklin, auditioned for this season of American Idol, which ultimately led to a bit of division among the judges.

Grace sang ‘Killing Me Softly With His Song’ by the Fugees and ‘Ain’t No Way’ by Aretha Franklin. The 15-year-old appeared nervous during her audition. The teen, nevertheless, persevered to deliver the song.

Katy Perry acknowledged that Grace needed to work on a few things before debuting as a recording artist. The ‘Roar’ singer, nevertheless, gave Grace thumbs up to the next round. Luke Bryan and Lionel Richie, however, stood firm in telling Grace to practice a bit more before pursuing the main stage.

“I think the best thing for you in life is to take a shot at going backward,” Lionel told Grace. “Go back and get a running start and come back at this again,” Richie told the young talent.

Katy Perry grew angry with Lionel’s decision to agree with Luke Bryan and walked off the set. “Give her a shot, give her a chance,” Perry exclaimed before walking away. “I’m sure Aretha wasn’t Aretha when she walked into the room, but somebody said, ‘Yes, I want to work with you. I want to develop you,'” the recording artist added. Lionel remained unwavering in his decision, which ultimately led to Katy leaving the set.

“I will lay down on the ground,” Perry declared after rising from her seat. “I quit this show,” the singer continued. “I’m going to the bar,” Katy told everyone in the room.

Some thought Lionel Richie and Luke Bryan should have given Grace Franklin a chance. Others, however, agreed with the decision of the judges to not send Grace through to the next level.

“She definitely has a sweet tone, innocent confidence, and a powerful family vocal history,” one YouTuber said. “Did Lionel do the right thing? I think he was acting from care and passion, and you can’t go wrong when you follow your heart,” the fan continued. “She is going to be a star if she keeps working at it, tho. Anyone can see that.”

Grace took to Instagram to celebrate her journey that led to her audition on American Idol. “I really wanted to use this opportunity to test out my abilities and see how far I could go, and I’m honestly extremely proud of myself. even though I didn’t make it through, I had a really amazing time! the amount of knowledge I gained and the amazing artists I met will truly stick with me for a very long time. I’m excited to use this experience to help me move forward in the future!”