"Means So Much To Me And My Family" 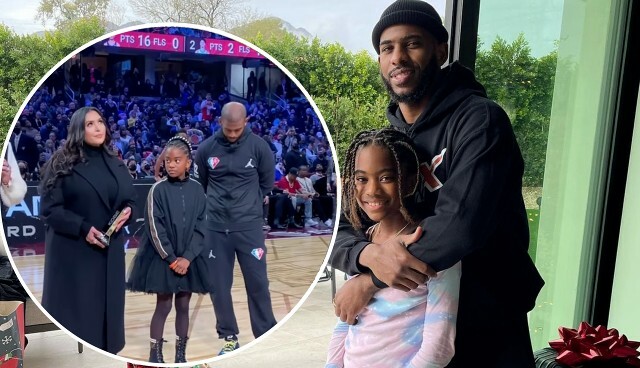 Chris Paul expressed pure excitement after receiving the Kobe & Gigi Bryant WNBA Advocacy Award this past weekend. The NBA player received the honor with his daughter, Camryn Alexis Paul, by her side.

“This game means so much to me and my family,” Chris Paul shared after receiving the Kobe & Gigi Award. “To receive this award is an absolute honor,” the star athlete told his Instagram followers. “My daughter recently started hooping and while I’m excited for her, I’m most excited for the future of the sport,” Chris Paul said.

The WNBA is a competitive sport much like the NBA. The players in the WNBA, however, still struggle to receive adequate compensation when compared to NBA players whose salaries average about $7 million. The average WNBA player received about $100,000 in annual compensation.

“Ahhh yes the @WNBA, where a head coach can get paid 4X the highest-paid players’ supermax contract,” Cambage wrote online. “And y’all think imma (sic) spend another season upgrading my seat on a flight to get to games out of my own pocket,” the star athlete said.

Liz Cambage ultimately chose the way of free agency instead of choosing to sign a contract with a team. Chris Paul hopes to use his influence to improve the conditions of WNBA players.

“For all the women hooping today, paving the way and serving as role models to the next generation … all we can do as men is show up,” Chris shared this past weekend. “[We can choose] to support them in any way we can,” Chris Paul shared. “Thank you @wnba vanessabryant.”

Chris Paul is the first recipient of the Kobe & Gigi Bryant WNBA Advocacy Award. He has two kids – Camryn Alexis and Chris Paul II – with his wife, Jada Paul.