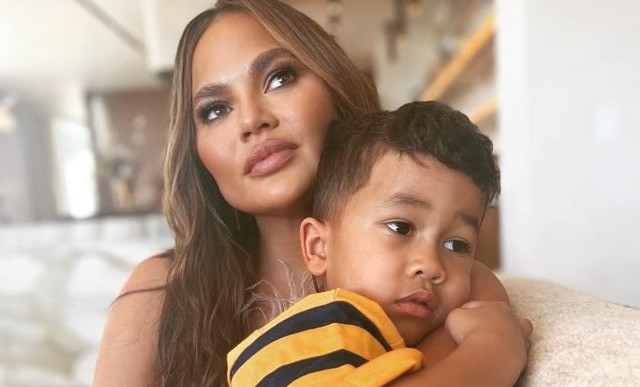 Chrissy Teigen is undergoing IVF after losing her and husband John Legend’s son, Jack, in a stillborn birth in 2020. The celebrity recently took to Instagram with her plans to try for another child after navigating through such devastation.

“I posted about it in my stories, but I wanted to let you guys know I’m balls deep in another IVF cycle to save as many eggos (sic) as I possibly can and hopefully make some strong, healthy embryos,” Chrissy shared with his supporters on Saturday (Feb. 19). “I honestly don’t mind the shots,” Teigen told her fans. “They make me feel like a doctor/chemist,” she added. “But the bloating is a b*tch.”

John Legend and Chrissy Teigen announced their expectancy of baby number three in early 2020. The couple’s excitement turned to mourning when Chrissy visited the doctor for guidance about abnormal bleeding only to learn that she was suffering a miscarriage. Medical professionals did everything possible to save baby Jack. The result, however, was a stillborn birth.

Some criticized Chrissy Teigen for taking pictures of herself holding her third child. The celebrity mom, however, revealed that the photos were a part of her grieving process.

Now, John and Chrissy appear ready to try for baby number four. Although excited about the journey, Chrissy recently asked her fans to refrain from inquiring about the details of her and John’s pregnancy plan.

“I humbly beg you to stop asking if I’m pregnant because while I know it’s said with excited, good intentions, it just kind of sucks to hear because I am the opposite of pregnant,” Teigen said in her Instagram post this past weekend. “But also like please stop asking people, anyone, if they’re pregnant,” the Cravings author further advised.

“I said this in the comments and got yelled at because the internet is wild but I’d rather be the one to tell you and not some poor woman who will look you in the eyes through tears and that’s how you finally learn.”