"Charge It To The Game" 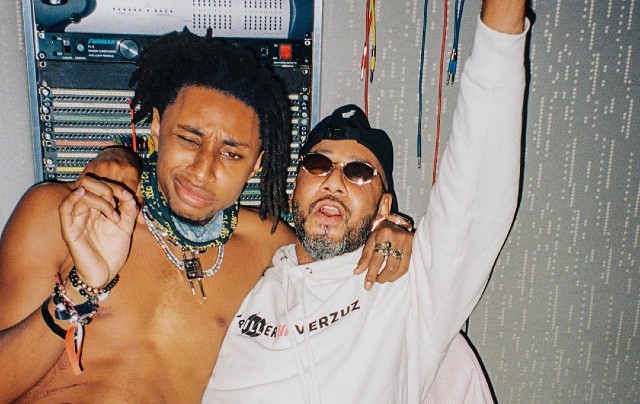 Swizz Beatz’s son, Nasir Dean, has landed a starring role in a new Coming of Age film. Nasir has a role in Charge It To The Game, which focuses on four friends.

Nasir portrays Preach, who is one of the main characters in the film. The youngster’s role comes months after he reportedly expressed a desire to break into acting. Nasir has already begun to make his mark in the music industry. He released an EP called ‘BeachBum Limbo’ under his stage name, Note Marcato, last year.

Swizz Beatz has been the driving force behind his son since Nasir was a young child. It was in 2019 that the celebrity father celebrated his son’s high school graduation.

“I was so d*mn proud of my son I had to kiss his face,” Swizz shared with his social media fans. “He could of (sic) took many wrong turns but he chose the right direction and landed on his feet,” the celebrity father said. “I respect that. Alicia Keys joined Swizz Beatz and Nasir’s mom, Nicole Levy, in celebrating the accomplishment.

Even before finishing high school, Nasir knew he wanted to pursue a career in music. “I first realized that I was interested in potentially pursuing a career in music when my dad gifted me my first beat machine for my 10th birthday,” the youngster said during a recent interview.

“I didn’t know what to do with it at first though. My first step in the process of composing music is constructing the melody, percussions then finally the 808’s.”

Nasir further explained, “A good amount of the process is mental preparation—thinking positively. Over time, I have unlocked many new abilities by introducing myself to new techniques through focus. It usually comes naturally when I’m working on my craft alone in the solitude of my quiet time.”

You can keep up with Nasir’s music and acting career by following his Instagram page!