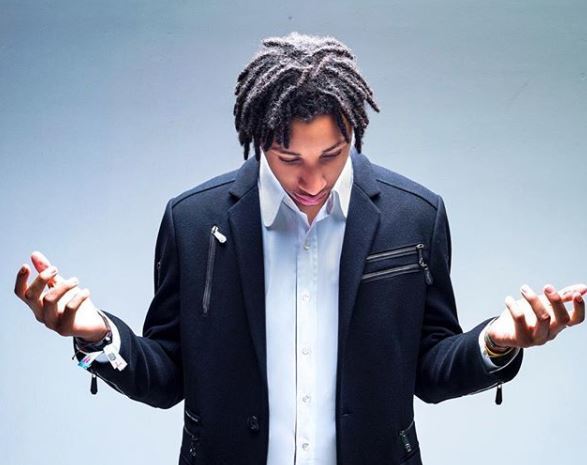 When you are the son of Swizz Beatz, one of the most successful musical producers in the industry, music and a passion for the industry unquestionably runs in your blood. With a hustle all his own, Prince Nasir Dean, AKA Marcato is writing his own story, making a name for himself as both a rising artist, music producer, model and more.

“I first realized that I was interested in potentially pursuing a career in music when my dad gifted me my first beat machine for my 10th birthday. I didn’t know what to do with it at first though. My first step in the process of composing music is constructing the melody, percussions then finally the 808’s,” he said in an interview with FRNDY LMRN. “Other than that, a good amount of the process is mental preparation—thinking positively. Over time I have unlocked many new abilities by introducing myself to new techniques through focus. It usually comes naturally when I’m working on my craft alone in the solitude of my quiet time.”

In addition to his actual artistry, Marcato has recently joined the A&R team at Epic Records!

With dreams to one day develop and run his own label one day, without question, we are definitely expecting to see more of this talented rising star.