"I Had To Kiss His Face" 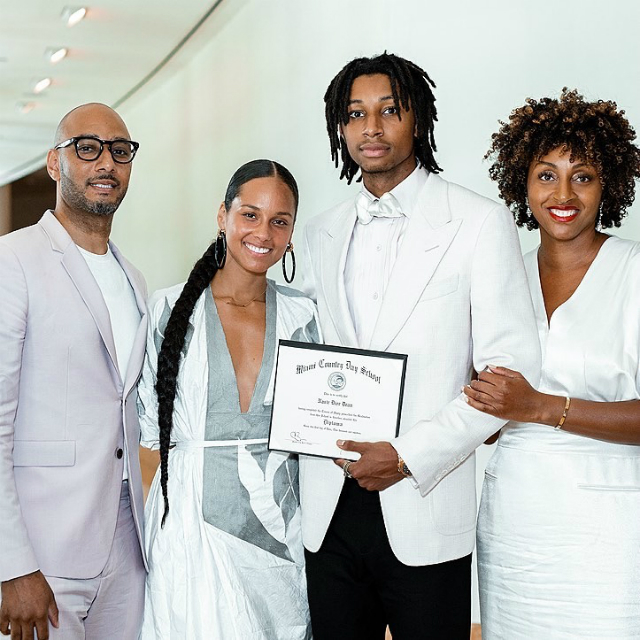 Where has the time gone? Prince Nasir Dean, the oldest son of producer Swizz Beatz, is officially a high school graduate. Keep going to see the pictures of the teen with his parents and stepmom, Alicia Keys! 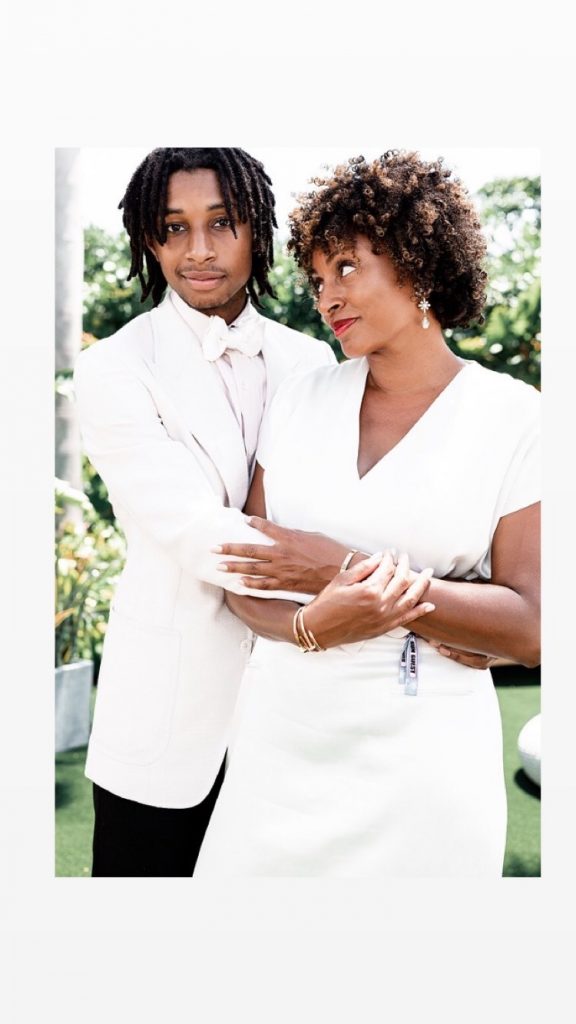 Prince had the support of his family at his graduation from Adrienne Arsht Center for the Performing Arts this past weekend. The teen’s mom, Nicole Levy, took several pictures with her son who has grown by leaps and bounds over the years. Does anyone remember when Prince Nasir Dean was shorter than his father? Now, he towers over his stepmom as demonstrated in the candid below! 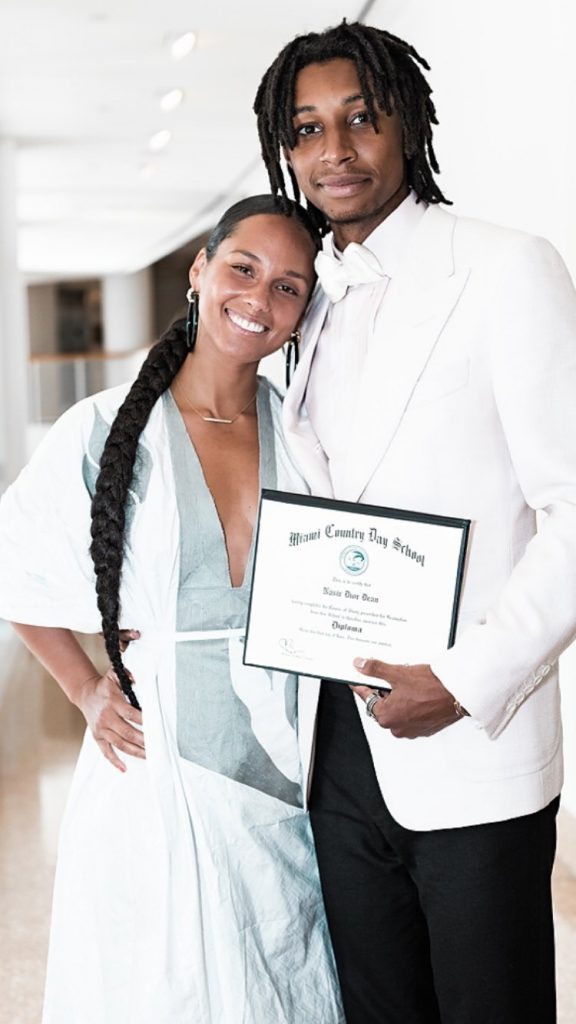 Swizz Beatz expressed pure joy over his oldest son’s high school graduation. “I was so d*mn proud of my son I had to kiss his face,” Swizz told his Instagram fans. “He could of (sic) took many wrong turns but he chose the right direction and landed on his feet. I respect that.”

Prince Nasir heads to New York University in the fall. He has already begun his career in the music industry as a newly signed artist to Epic Records. 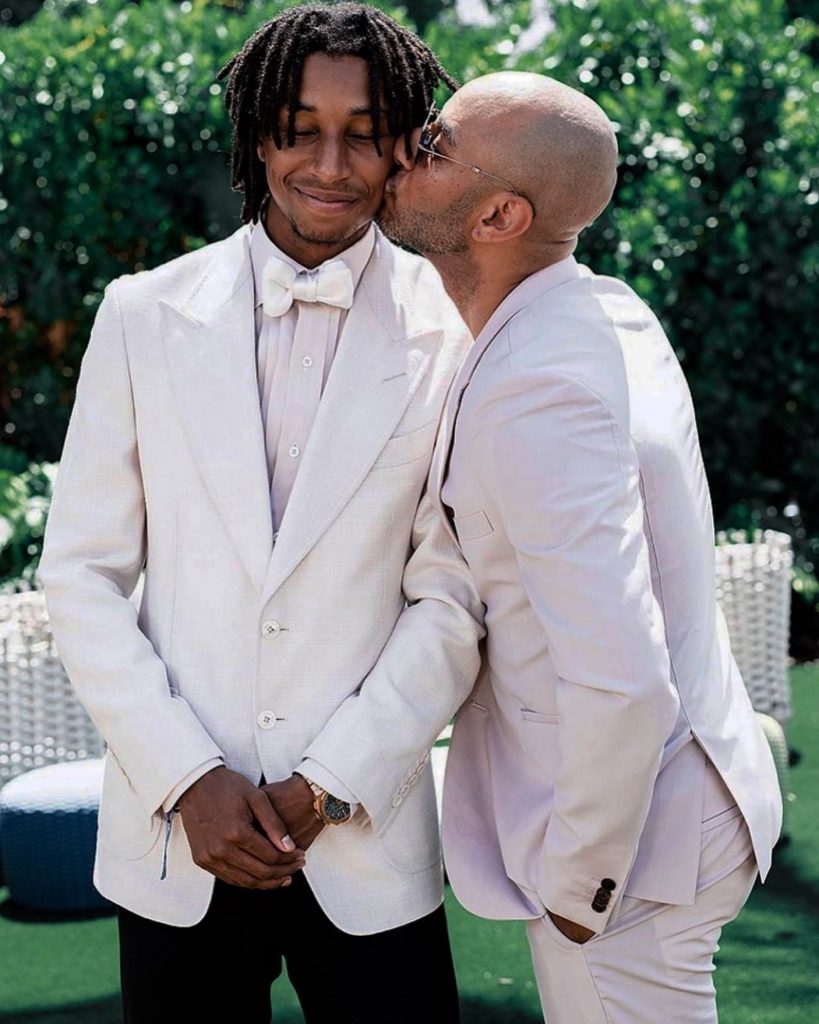 “I first realized that I was interested in potentially pursuing a career in music when my dad gifted me my first beat machine for my 10th birthday,” Prince Nasir, a.k.a. Marcato, shared during a recent interview. “I didn’t know what to do with it at first though. My first step in the process of composing music is constructing the melody, percussions then finally the 808’s.”

The new recording artist went on to explain his process when developing his craft. “A good amount of the process is mental preparation—thinking positively,” Marcato said. “Over time, I have unlocked many new abilities by introducing myself to new techniques through focus. It usually comes naturally when I’m working on my craft alone in the solitude of my quiet time.” 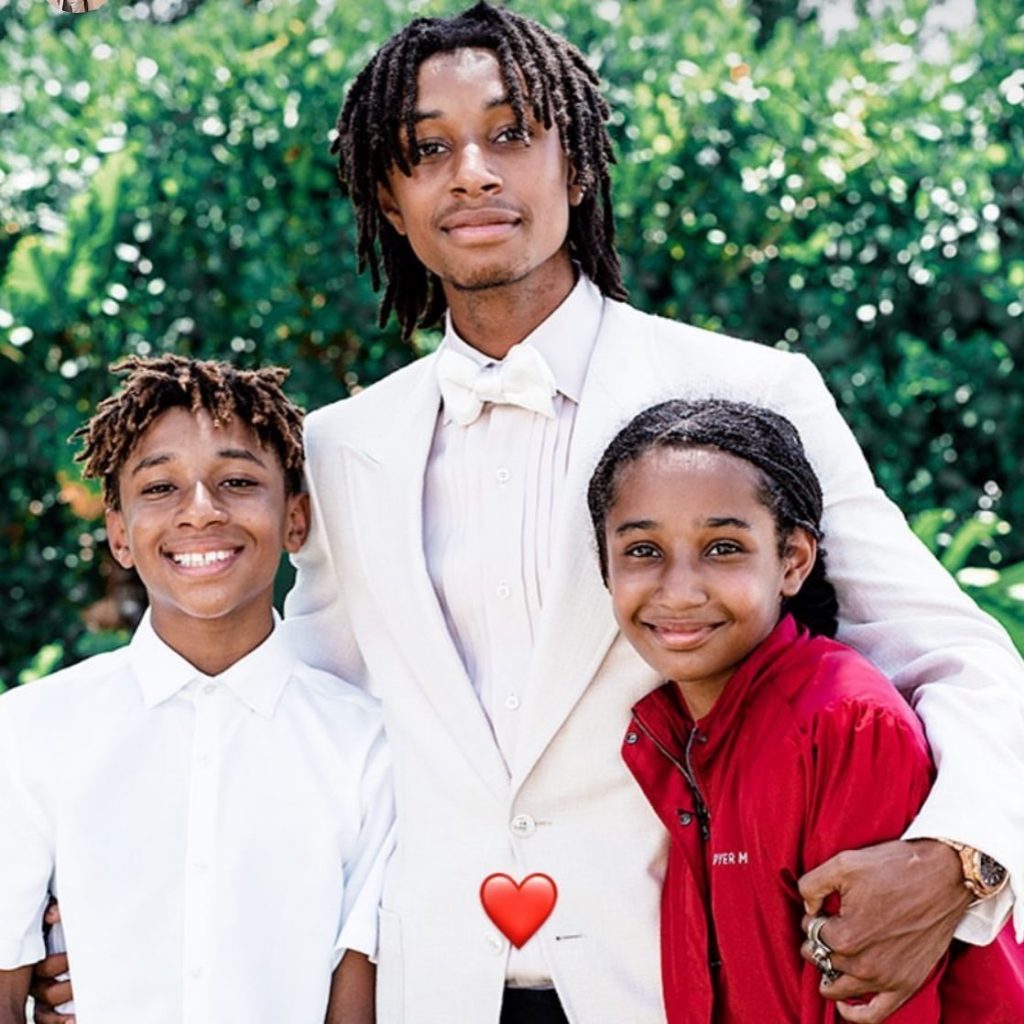 Keep your eyes and ears open for Marcato in the music sphere. Stay tuned for more celebrity kids news!

KEEPING UP WITH THE KARDASHIAN KIDS! KYLIE JENNER SHARES ADORABLE PHOTOS OF THE 'TRIPLETS'

KEEPING UP WITH THE KARDASHIAN KIDS! KYLIE JENNER SHARES ADORABLE PHOTOS OF THE 'TRIPLETS'