"The Face Of A Cheating Wife" 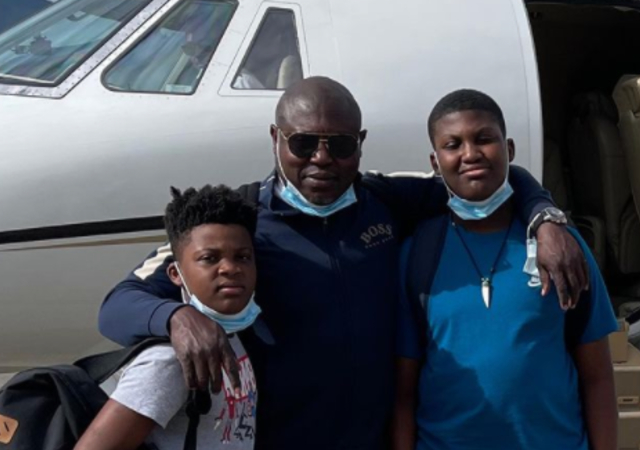 Falynn broke her silence about Simon and Porsha’s relationship during a recent interview with Adam Coy Newell. “Simon doesn’t get caught unless Simon wants to be caught,” the celebrity shared. “I meant what I said when I took my vows,” Falynn told Adam. “It hurts,” she added. “It hurts like h*ll. I love hard. I love really hard.”

Porsha Williams confirmed rumors of her relationship with Simon Guobadia a few weeks ago. “Our relationship began a month ago—yes we are crazy in love,” Porsha told her social media fans.

“I know it’s fast but we are living life each day to its fullest,” Williams added. “I choose happiness every morning and every night,” Porsha shared with her Instagram fans. “Tuning out all negative energy and only focused on positive wishes. He makes me so happy and to me, that is what matters most.”

Many gave Falynn Guobadia their sympathy after the news about Porsha and Simon’s relationship began to spread. Falyn received additional support from those initially on the fence about the situation after Porsha and Simon’s surprise engagement.

Despite being labeled as the villain, Simon took to social media to defend his actions. “The face of a cheating wife,” Mr. Guobadia shared after watching a snippet of Falyn’s interview with Adam Coy Newell.

“Let’s start with why I filed for divorce,” Simon shared with his fans. “Let’s start with who cheated with and currently pregnant for and living in a home I paid for – post-divorce. Hist Instagram handle is @itsjaylanbanks and this is how your generosity gets twisted.”

Simon and Falynn Guobadia currently have a blended family that includes eight kids. The former couple is still in the process of finalizing marriage dissolution. Porsha Williams has one child, Pilar “PJ” McKinley, with entrepreneur Dennis McKinley.