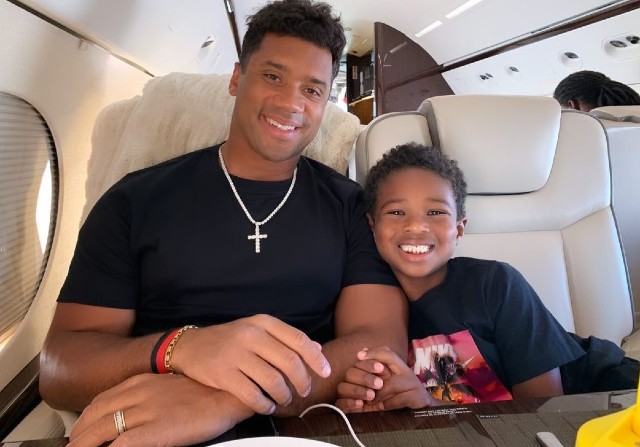 Ciara is loving life and her family. The ‘Beauty Marks’ singer recently shared a candid of her oldest son, Future Zahir, with her husband, Russell Wilson, that was simply precious.

“The Wilsons made it a family affair yesterday to go support Russell’s sister Anna as she and Stanford played in the Sweet 16,” Ciara said of the occasion that led to the family chartering a private jet. “My boys,” wrote the celebrity mom of her husband and son. Ciara’s youngest child, Win, did not accompany his family on the trip. 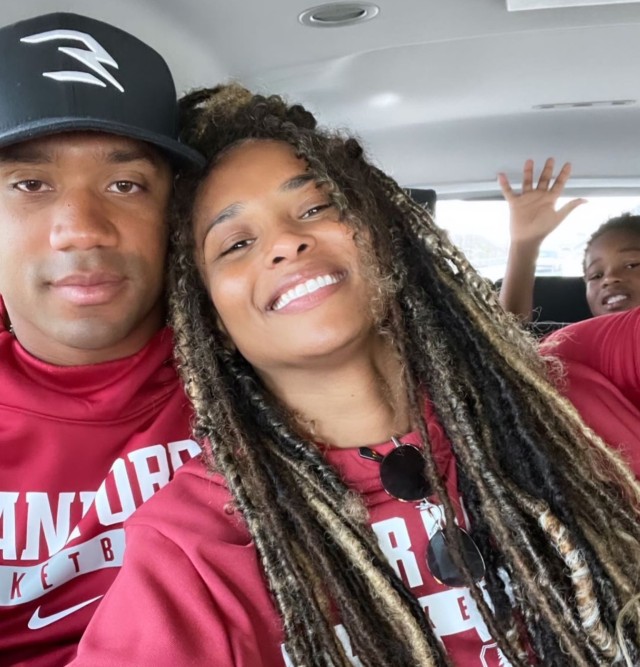 Anna Wilson just may be the next one in the family to make waves in professional sports. The college student is viewed as one of the best defenders Stanford has seen in a while. Wilson’s coach, Tara VanDerveer, certainly enjoys putting the basketball athlete in the game.

“Anna has basically forced my hand,” VanDerveer shared during a recent interview with USA TODAY Sports. “I don’t have any choice: If there’s someone that we need to lock down, she has to be out there,” the coach shared.

“I just love that in this world of instant everything — instant gratification, instant oatmeal, Instacart — you have a player like Anna who is in it for the long haul, who struggles as a freshman and sophomore, even as a junior sometimes, and now look what she’s doing,” VanDerveer added. “And I want her to come back.”

Stanford may have a keeper in Ana Wilson if she carries out her career like her older brother. Russell Wilson has been with the Seattle Seahawks since 2012, and it appears the NFL quarterback will remain with the team for at least one more season.

There was talk of Russell leaving the Seahawks for the Chicago Bears a few weeks back. Some especially thought the star athlete was leaning towards the new team after the Bears allegedly offered a deal that was thought to be too great to bypass. The gossip about Wilson changing teams, however, fizzled as neither Russell nor the Seahawks gave official statements. This year will mark nine years of Russell Wilson playing for the Seattle Seahawks.