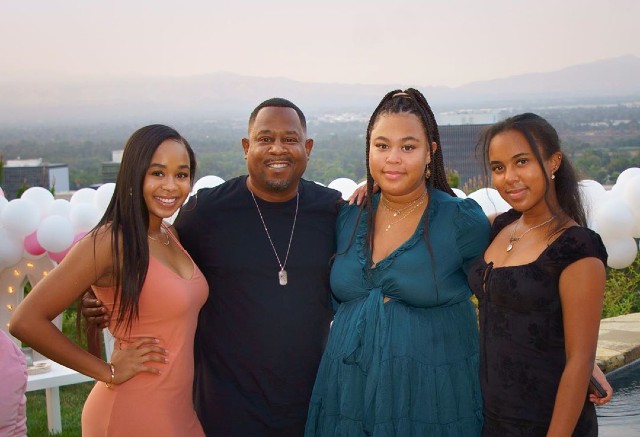 Martin Lawrence is not just a famous comedian and actor, he is also a proud father to three daughters. Martin recently celebrated his girls with a touching tribute on National Daughters Day (September 25).

For National Daughters Day, Martin shared a sweet photo of himself and his girls on Instagram and wrote in the caption: “My girls are my world! Having daughters has taught me so much and I’m forever grateful for the laughs, the unconditional love, and the bond we’ll always have. Love you babies #teammartymar #nationaldaughtersday.”

Shamicka Lawrence also had a sweet message to celebrate her daughters. Shamicka shared a picture of herself with Jasmine, Iyanna, and Amara, and captioned the post: “Happy National Daughters Day!!! You Ladies Are My Everything!!!👑👑👑🖤🖤🖤 #myloves #girlmom #momlife #proudmom #ilovethem #myqueens #beautifulgirls #blackgirlmagic #nationaldaughtersday.”

From 1992 to 1997, Martin Lawrence starred in his self-titled sitcom Martin, which helped launch his career. 23 years later, Lawrence launched a new merchandise collection called the Martin Lawrence Store, with the apparel designs being based on Martin. In an interview with Complex, Lawrence was asked about how long he had been planning to release merchandise, and he answered that he had been planning it for a “few years” after seeing “a lot of people wearing my designs.”

Martin Lawrence recently took to Instagram to celebrate his collection’s launch, captioning the post: “Wanna thank y’all for the massive support wit this week’s launch of my new merch store! So happy we could finally bring back some of your favorite characters from my career, and this is only the beginning! If you haven’t already, check out the store using the link in my bio 🙌🏾 #teammartymar @martinlawrencestore.”