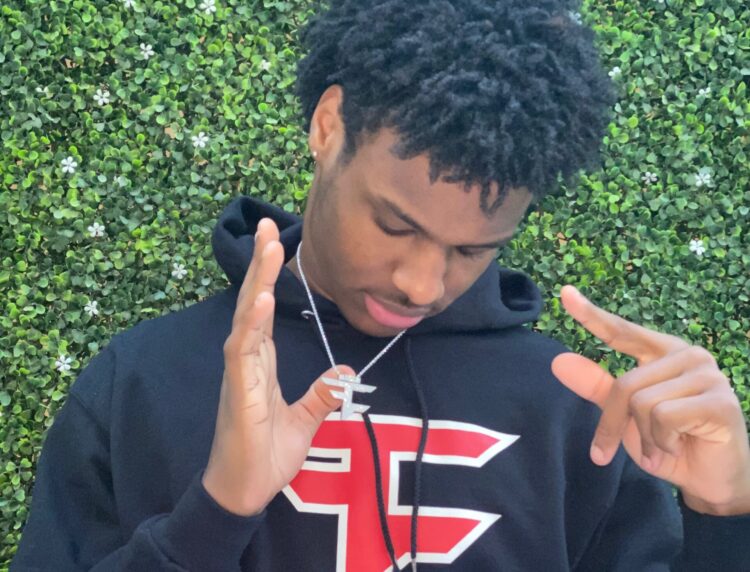 15-year-old LeBron “Bronny” James Jr. is going pro, but not in basketball (at least not yet). The eldest son of NBA great LeBron James recently joined the esports and professional gaming organization FaZe Clan.

FaZe Clan announced their newest member on their Twitter and Instagram pages. One post showed a few pictures of Bronny wearing FaZe Clan merchandise, including a FaZe hoodie and necklace. The caption read: “He’s got next now.⁣ Join us in welcoming @bronny to FaZe Clan 👑⁣ #FaZeUp.”

FaZe Clan is a prominent esports organization with 22 esports champions and though the exact details of his contract are unknown, Bronny will play for them under the handle FaZe Bronny. He will be joining a star-studded roster that includes Philadelphia 76ers star Ben Simmons (FaZe Simmo), Pittsburg Steelers star Juju Smith-Schuster (FaZe Juju), and Miami Heat player Meyers Leonard (FaZe Hammer). Other notable FaZe Clan affiliates include rappers Lil Yachty, Ugly God, and Offset of Migos, who is an investor of the organization.

Besides playing basketball, Bronny has always been passionate about gaming. He streams (and gets trolled) on Twitch regularly and has 330,000 followers. Despite joining FaZe, Bronny insists that his priority is still basketball, writing on social media: “Me joining FaZe don’t change anything. Don’t think it’s sweet, I’m still locked, coming for heads 👿.”

Bronny James was ranked #24 on ESPN’s Top 25 basketball players for the class of 2023 in July, and so far, his chances of making the NBA eventually look good. If all goes well, Bronny may even share the court with his esteemed dad. On the off chance his basketball career doesn’t pan out, Bronny will at least have FaZe Clan to fall back on.

OMARION ENCOURAGES PARENTS TO READ TO THEIR KIDS

OMARION ENCOURAGES PARENTS TO READ TO THEIR KIDS