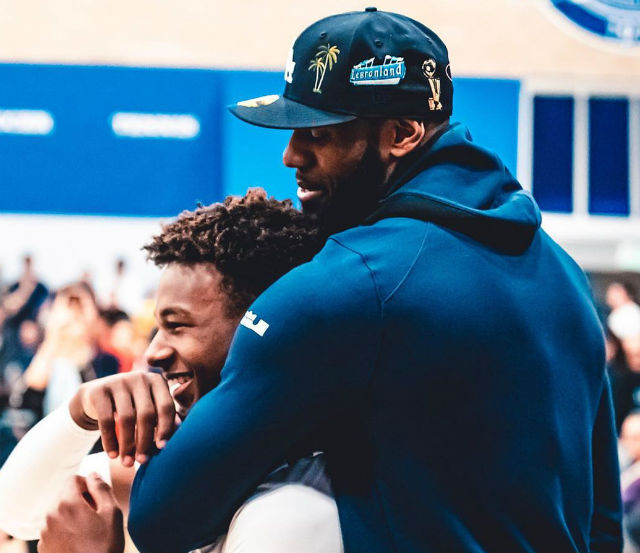 Los Angeles Lakers superstar LeBron James‘ career has been nothing short of legendary so far, but his ultimate goal is to eventually share the court with his eldest son, 15-year-old LeBron “Bronny” James Jr. While many things would have to go right, the NBA’s infamous “one and done” rule is the biggest hurdle to LeBron and Bronny eventually playing together.

Bronny James is a rising sophomore for Sierra Canyon High School in California, and like his father before him, he is a talented and versatile basketball player. LeBron even says that Bronny’s jump shot is better than his. Bronny was ranked 24th on an ESPN Top 25 players of 2023 list, which is a testament to his amazing potential. In short, Bronny’s chances of playing in the NBA eventually look good.

Though it is hard to tell from his consistent greatness, LeBron James is 35 years old and is currently in his 17th season. Despite his age, LeBron is just as dominant as ever and he shows no signs of slowing down. The fact that LeBron spends about $1 million a year to care for his body has certainly helped his longevity. However, the years that LeBron has spent playing will eventually take its toll. When Bronny graduates in 2023 LeBron will be 39, but barring any major injuries or setbacks, there is no reason LeBron couldn’t play past 40 like NBA legends Michael Jordan and Vince Carter. That is also the reason the NBA’s infamous “one and done” rule is a hurdle to LeBron and Bronny playing together.

The NBA’s “one and done” rule has been in place since 2006, and it requires players to spend at least one year in college before joining the NBA. For Bronny, he would have to spend a year playing college basketball, which also increases the chances (even if only slightly) of LeBron’s mileage catching up and forcing him into retirement before Bronny enters the NBA. The NBA has discussed possibly abolishing the “one and done” rule in 2022, which would allow Bronny to join the NBA directly from high school as his father did in 2003. 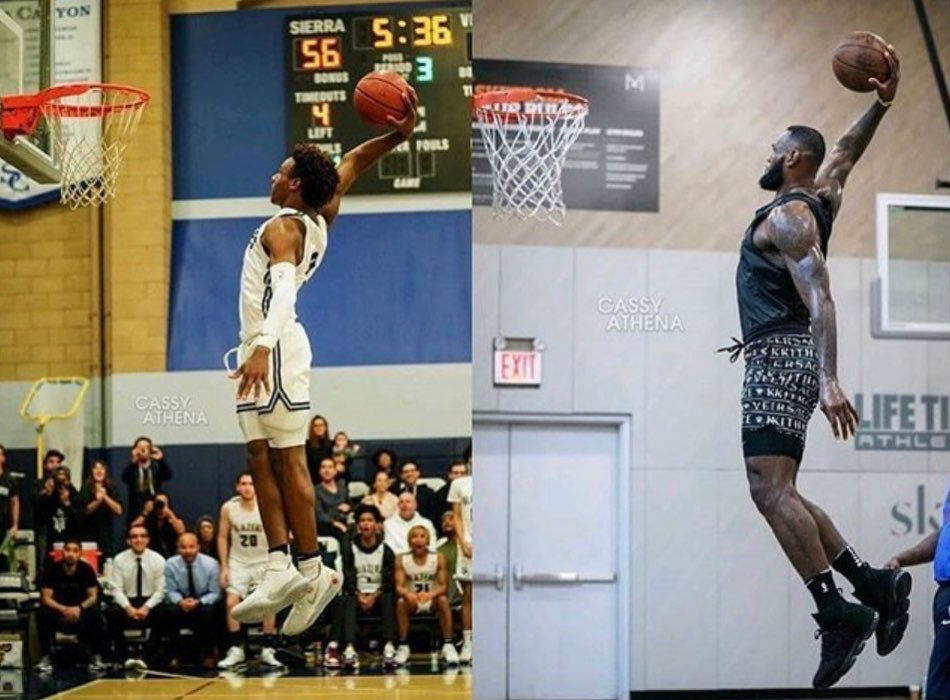 Some sons have taken after their fathers and played in the NBA, like Golden State Warriors star Steph Curry and his father Dell Curry. There is also the case of Los Angeles Clippers coach and former NBA player Doc Rivers coaching his son Austin Rivers on the Clippers, which made them the first father-son coaching duo in the NBA.

If all goes well, LeBron and Bronny James could be the first father-son duo to play at the same time in NBA history. “That would be an unbelievable moment not only for myself but for my family, for everybody,” says LeBron. “That would be pretty dang cool if I were able to be on the NBA floor with my oldest son.”