BRONNY JAMES GETS TROLLED ON TWITCH 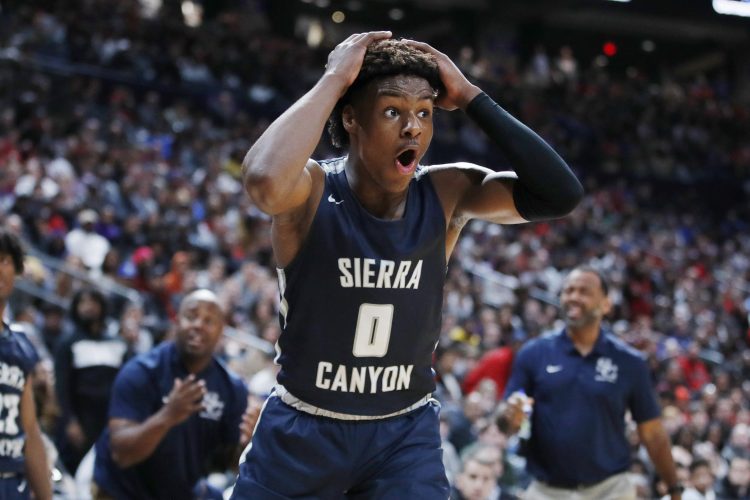 When he’s not playing actual basketball, LeBron “Bronny” James Jr. can be found livestreaming the popular basketball game, “NBA 2K20” on Twitch. Due to the fame that comes with being the eldest son of NBA great LeBron James, Bronny is often relentlessly targeted by trolls and hecklers.

On Bronny’s recent Twitch streams, fans can ask him questions with a $1 donation, which unfortunately leads to Bronny getting trolled endlessly; as hecklers ask him all kinds of stupid and inappropriate questions. However, the worst one came when Bronny was asked if he would date Zaya Wade, the transgender daughter of former NBA star Dwyane Wade, when she turns 18 (she is currently 13-years-old, Bronny is 15). Bronny was visibly shocked and upset by the question, saying twice, “did I just hear that?” He then asked his fans to “flame” the person who asked that question.

Many people watching Bronny’s stream were also disgusted at how anyone could think that way about a 13-year-old girl. On Twitter, many people shared similar sentiments. One person tweeted, “How could people think this is funny? 🤦‍♂️” Another user tweeted, “Yeah that s–ts corny and they need to stop doing that to his energy.”

Despite getting trolled almost constantly on Twitch, Bronny’s reactions to the trolls are quite funny, and one person even made a compilation video of Bronny’s funniest reactions to his trolls. Also, Bronny occasionally receives a decent question that isn’t inappropriate. One user asked Bronny who his top five NBA players were besides his famous dad. Bronny’s list was quite solid, as he answered that his top five players, in no particular order are: Giannis Antetokounmpo of the Milwaukee Bucks, James Harden of the Houston Rockets, Damian Lillard of the Portland Trail Blazers, Anthony Davis of the Los Angeles Lakers and Kevin Durant of the Brooklyn Nets.