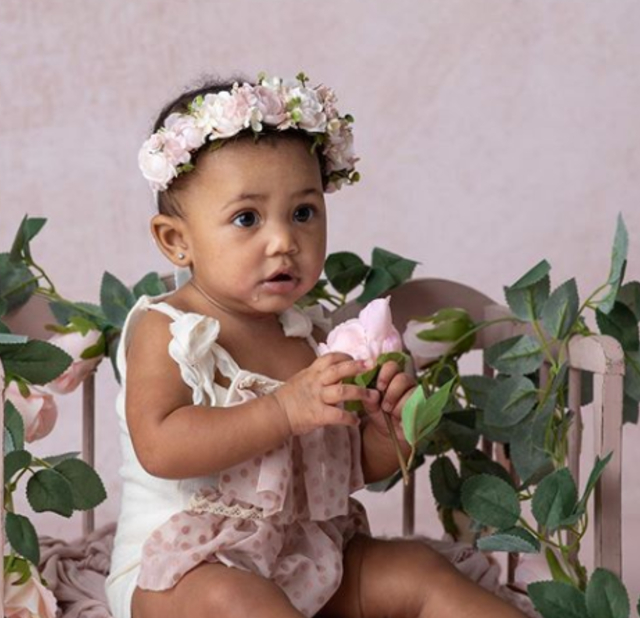 “My heart,” Chanel told her Instagram fans. “You sure know how to put a smile on my face,” Sterling wrote to his baby girl. Nearly 70,000 followers liked the new candids of Cassie Snow, which featured their daughter in all of her cuteness.

“Precious,” one fan wrote online after seeing the picture of Cassie Snow posing for the cameras. “Oh my heart,” another social media follower shared.

It was just last week that Chanel Iman and Sterling Shepard commemorated their oldest daughter Cali Clay’s second birthday. Both celebrity parents took to Instagram to shed light on their daughter’s special day.

Chanel Iman expressed her desire to have another child at least one year apart from her oldest daughter shortly after giving birth to Cali Clay. Do you think the supermodel and her husband are planning for more kids in the near future?

Is Lil Mama pregnant? That's the question to which many fans want an answer. The...

Kevin Hart is a doting dad! The celebrity father recently shared candids of his youngest...