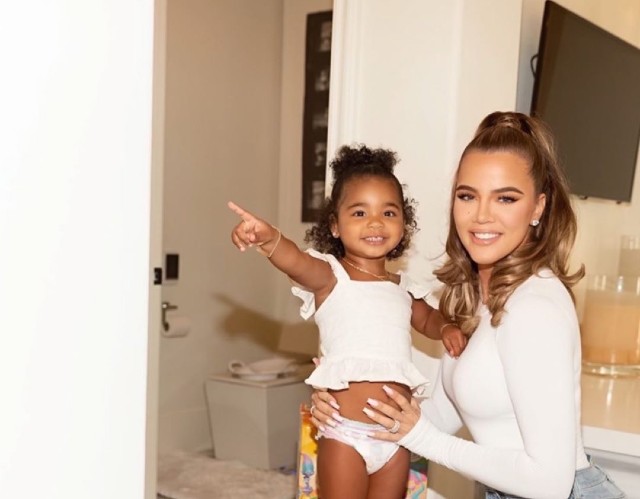 Khloe Kardashian sometimes struggles with comparison when it comes to her daughter, True Thompson. The Keeping Up With The Kardashians (KUWTK) star recently revealed that she sometimes uses her daughter’s cousins, Chicago and Stormi, to evaluate her little one’s development.

Just a small piece of our little tribe of love! 💕

“We’re in this potty training process, and I’m still trying to figure that out,” Khloe revealed during her recent talk with Dr. Travis Stork of The Travis Stork Show. “We’re doing a good job, but it’s — where it’s like every day is just different … you just roll with it,” the celebrity mom said. “You have to remember that there’s no right or wrong timeline for kids. Everyone does things in their own way.”

I am so obsessed with this angel!!! My baby bunny 🤍

Khloe Kardashian went on to tell Dr. Stork, “True has two cousins that are only three months — they’re all three months apart. And so sometimes I see some of them and I’m like, but Chicago did this or Stormi did that. I’m like, ‘I can’t do that.’ We’re all different kids and different ages and we just learn differently. So I think just also understanding that, too … I have to remind myself of that.”

🤍 Tutu is reminding everyone to please wash your hands! Stay safe out there 🤍

True Thompson is Khloe Kardashian’s daughter with Tristan Thompson. She celebrated her second birthday in April. Stay tuned for more Keeping Up With The Kardashians family news!