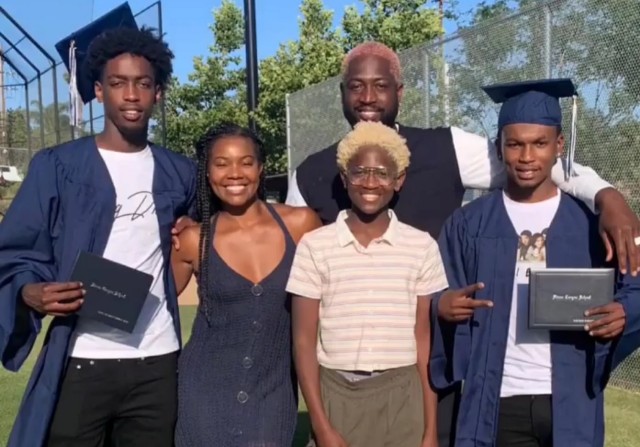 June 13 was emotional for the Wade family, as Zaire Wade and Dahveon Morris, the son and nephew of NBA legend Dwyane Wade, celebrated their recent high school graduations.

18-year-old Zaire Wade attended Sierra Canyon High School in California and played for their basketball team, taking after his father. Zaire played alongside some talented teammates such as Kentucky commit BJ Boston, Stanford commit Ziaire Williams, and Bronny James, son of NBA great LeBron James. However, in his senior year, Zaire Wade missed a number of games due to an ankle injury he suffered and was given less playing time when he returned. Now that he has graduated from Sierra Canyon, Zaire will reclassify and play a post-grad season with Brewster Academy in New Hampshire before heading to college. 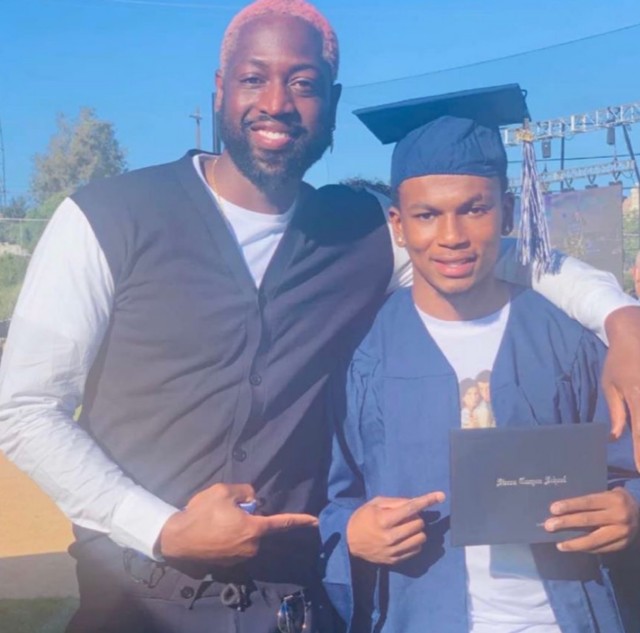 18-year-old Dahveon Morris is the son of Dwyane Wade’s sister Deanna Morris, though Dwyane is recognized as his legal guardian. Dahveon also played for Sierra Canyon with Zaire and their talented teammates, and now joins Zaire as a Sierra Canyon graduate.

On the day of their graduation, Zaire and Dahveon were happy to celebrate their achievement alongside Dwyane Wade, his wife, actress Gabrielle Union, and Zaire’s transgender sister Zaya Wade. Dwyane Wade posted a short music video of the family celebrating Zaire and Dahveon’s graduation, writing in the caption: “#2020graduates🎓 “I ain’t forgot” @kateel 🎶🖤❤️.” Gabrielle Union shared a photo of herself and Zaire on her Instagram Story, writing “@zaire SO PROUD OF YOU!!” 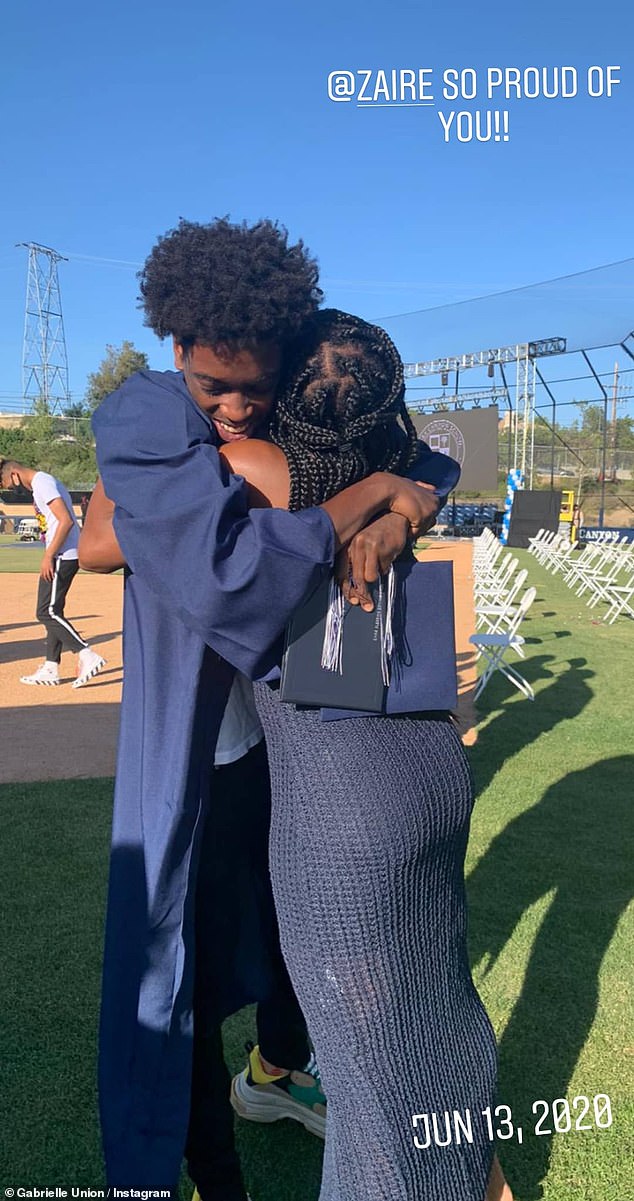 Zaire Wade also created a post to mark the occasion on Instagram. The post contained a photo of Zaire and his father hugging during his graduation, the same music video from Wade’s post, and a picture of Zaire and Dahveon in their cap and gown. Zaire wrote in the caption: “@dwyanewade we did it 🖤🎓.” Dwyane replied in the comments: “Man we did‼️ I am a proud father🖤❤️.”

DEYJAH HARRIS REVEALS HER RELATIONSHIP WITH DAD T.I. HAS 'CHANGED' AFTER HYMEN-GATE