Ziaire Williams, one of the highest-ranked basketball prospects in the nation, announced on April 12 (Easter Sunday) his commitment to Stanford. Williams is a 6″7′ power forward who was ranked no. 5 in the nation according to 247Sports and was ranked no. 7 on ESPN 100 for the class of 2020. His no. 5 ranking makes him the highest-ranking recruit to ever commit to Stanford, beating out brothers Brook and Robin Lopez of the Milwaukee Bucks, who were respectively ranked no. 10 and no. 23 when they committed to Stanford in 2006.

Trust in the Lord with all your heart
and lean not on your own understanding;
in all your ways submit to him,and he will make your paths straight
Proverbs 3:5-6 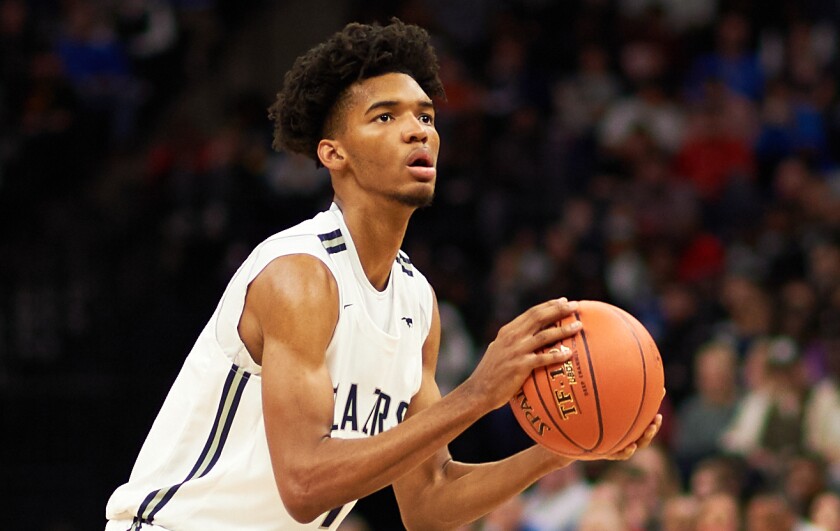 Ziaire Williams is already considered as a potential top-five pick in the 2021 NBA Draft, which suits him well, as he is known for his offensive versatility and his ability to score effectively. In addition to playing for Sierra Canyon, Williams also played for the Oakland Soldiers on the Nike EYBL circuit in the spring and summer of 2019, where he averaged 21.7 points, 6.8 rebounds and 3.3 assists. Williams also played for USA Basketball at the 2019 FIBA U19 World Cup, where he helped lead his team to a gold medal.

Ziaire Williams posted a short video on Twitter on Sunday announcing his decision to play for Stanford. He captioned the video with a Bible verse: “‘Trust in the Lord with all your heart and lean not on your own understanding; in all your ways submit to him, and he will make your paths straight.’ Proverbs 3: 5-6. 1000% CONFIDENT AND COMMITTED!!”

KENYA MOORE IS ‘TOGETHER AND HEALTHY’ WITH HER HUSBAND AND DAUGHTER

KENYA MOORE IS 'TOGETHER AND HEALTHY' WITH HER HUSBAND AND DAUGHTER