DEYJAH HARRIS REVEALS HER RELATIONSHIP WITH DAD T.I. HAS ‘CHANGED’ AFTER HYMEN-GATE

"I Just Can't Really Be Around Him Right Now" 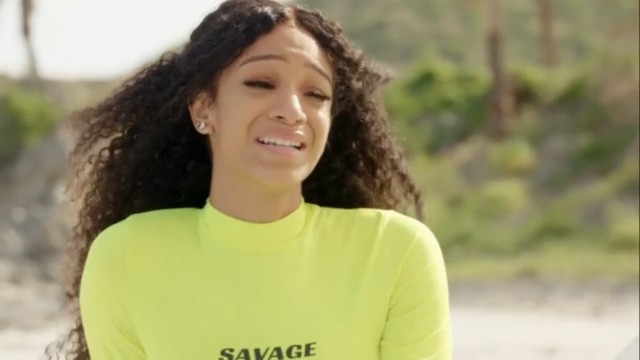 Deyjah Harris and T.I.’s relationship is different these days. The 18-year-old daughter of the rapper revealed that her perception of her father changed after his blunder that lead to the infamous Hymen-gate scandal.

T.I. shared too much information during a podcast show last year, which led to Deyjah’s embarrassment. The celebrity father attempted to express his desire to protect his daughter’s virginity by telling the show’s co-hosts that he visits the gynecologist alongside his daughter every year to ensure her hymen was “intact.” T.I.’s remarks led to public outrage as many rebuked the celebrity father for sharing intimate information about his daughter that the masses did not need to know.

The scandal had a negative impact on Deyjah Harris behind closed doors as well. “I’m embarrassed, for sure,” Deyjah told her cousins during a recent episode of T.I. and Tiny: Friends and Family Hustle. “I’m trying to put it in the back of my mind so I’m not really thinking about it,” the young adult added. “I know it’s not healthy,” Deyjah admitted. “But I’ve been doing that since I was a child.”

Deyjah went on to tell her family, “I just can’t really be around him right now. I’m not saying he’s a bad parent, but when it comes to stuff like this … I’m just going to be more connected mentally and emotionally,” she said.

“I don’t know,” Deyjah went on to tell her cousins. “I don’t want to say I’m looking at him differently because of this,” she added. “More so our relationship, I’m going to look at differently,” the young adult said.

Deyjah is one of seven children T.I. and Tiny Harris parent together. You can catch the Harris family on their show, T.I. and Tiny: Friends and Family Hustle, which airs every week on VH1. Stay tuned for more celebrity family news!