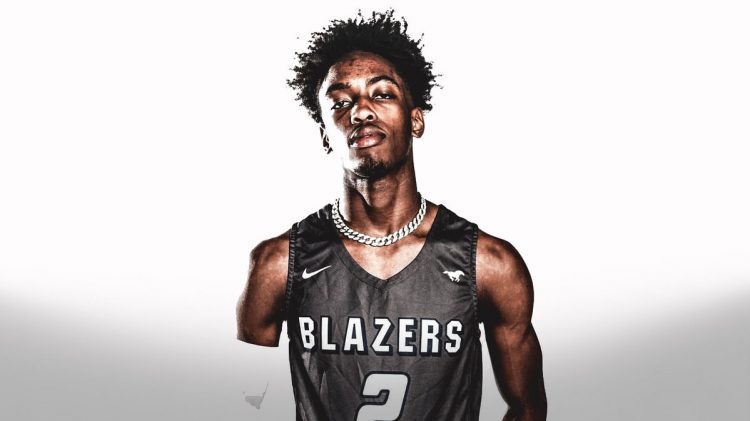 Instead of going directly to college like some of his Sierra Canyon teammates, Zaire Wade will reclassify and play a post-grad season with Brewster Academy after graduating Sierra Canyon. In a recent interview with DSBG, Wade explained his decision to leave Sierra Canyon, citing the lack of playing time after his ankle injury as the reason.

“I felt like me and my family, we did as much as we could to rehab as fast as I could. It was supposed to be like a six to eight week injury, but I rehabbed in like three, three and a half, so I felt like I did everything I could to stay focused and get back on the court fast enough,” said Wade. Though Wade admitted to not being at full strength when he first returned, it did not take him long to recover and felt that he deserved more playing time, which he did not receive. “I felt like I deserved a little more playing time than what I was given after a while,” said Wade.

Zaire Wade spoke on how he wasn’t given the chance to prove himself and show his worth to Sierra Canyon, saying: “A lot of people had expectations and because of my playing time and the injury, even when I got fully healed and I was ready to show, I couldn’t really show.”

Wade also credited his Sierra Canyon teammates, who include Stanford commit Ziaire Williams, Kentucky commit BJ Boston and freshman Bronny James Jr. (son of NBA great LeBron James) for supporting him through the season, saying: “Those guys really kept me up all year.” As such, when Wade realized he would not receive much playing time, he was gracious and respectful towards his teammates and coach instead of taking his frustrations out on them.

Zaire Wade now looks forward to proving himself at Brewster Academy. “It’s gonna be exactly what I need to showcase my talent,” says Wade. “There ain’t nothing to do over there but get better.”