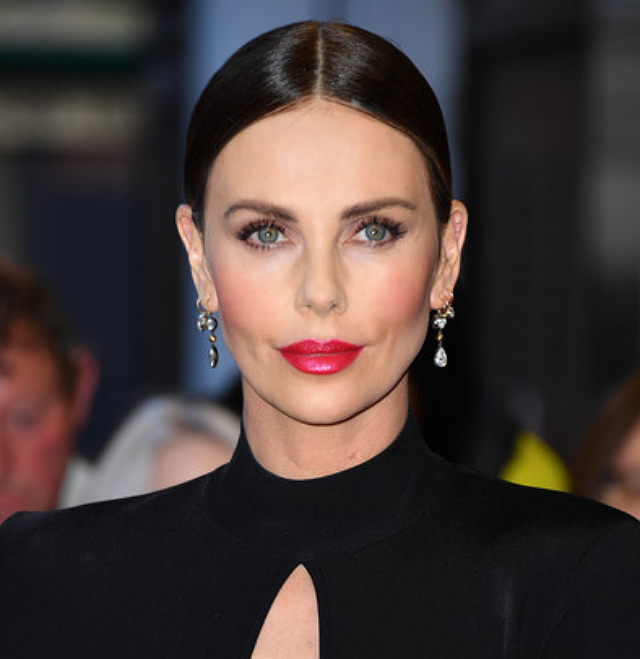 Charlize Theron wants you to know that she is rearing two African-American girls who she hopes will be confident and proud of their heritage. The celebrity mom shares how she is working to connect Jackson and August to their African ancestry.

“I have taught them a little Afrikaans, but it’s a language filled with very conflicted history,” Theron says. The celebrity mom was born in South Africa during Apartheid, which is better known as a dark time in the region’s history in which European rule brought about systematic racism. Apartheid ended when Charlize was a teenager. Still, the celebrity mom remembers the time as dark and has no desire to pass on such things to her children who are American.

“I am raising two beautiful proud black African girls and I want them to find themselves and not necessarily push my ancestry on them,” Theron tells the press. So far, Charlize has “taught them two very sweet Afrikaans songs about politeness.”

Politeness is a thing that society at large could probably use these days. Many jumped to serious conclusions after Charlize Theron confirmed that she was rearing her son, Jackson, as a girl earlier this month.

🤨🤨🤨 this what we've come too. #CharlizeTheron pic.twitter.com/xJpeL0pRy9

“This is exactly what’s wrong raising a child without a father figure,” one social media critic raged. “She had the audacity to say 10yr old have the right to choose when she dress[es] him as a boy. Charlize needs to be arrested for child abuse.”

Another Twitter critic agreed writing, “So #CharlizeTheron takes a little black boy and allows him 2 determine he’s a girl just cuz he said it. This is a terrible experiment on kids.”

today, with the revelation she’s raising her male child as a girl, We finally have the reason why. #HollywoodCrazy

Not all of the reactions to Charlize Theron revealing her plans to rear Jackson as a girl were negative. India Willoughby praised Charlize Theron for her willingness to listen to her kids.

For those questioning #CharlizeTheron:
1: Nothing permanent happens to trans kids.
2: They can change their mind any time. Great! No one actively forces kids to be trans.
3: The criteria is “persistent and consistent.” Years.
4: % of those who de-transition – single figures.

“Is Charlize Theron doing the right thing,” Willoughby asked. “Absolutely! Brilliant parenting,” the former talk show host continued. “Listen to your kids. Don’t force them to be someone they are not. She’s probably going to get stick (sic), but in my book, this sets a WONDERFUL example.”

There is still a lot of criticism when it comes to Charlize Theron and her parenting skills. The celebrity mom is, however, featured in a new film called Long Shot – starring O’Shea Jackson Jr., Seth Rogen, and more – that comes to theaters on Friday, May 3, 2019.

*UPDATE* BLAC CHYNA PURSUES HIGHER EDUCATION AT HARVARD: 'I WANT TO BE GREAT FOR MYSELF AND MY KIDS'

*UPDATE* BLAC CHYNA PURSUES HIGHER EDUCATION AT HARVARD: 'I WANT TO BE GREAT FOR MYSELF AND MY KIDS'