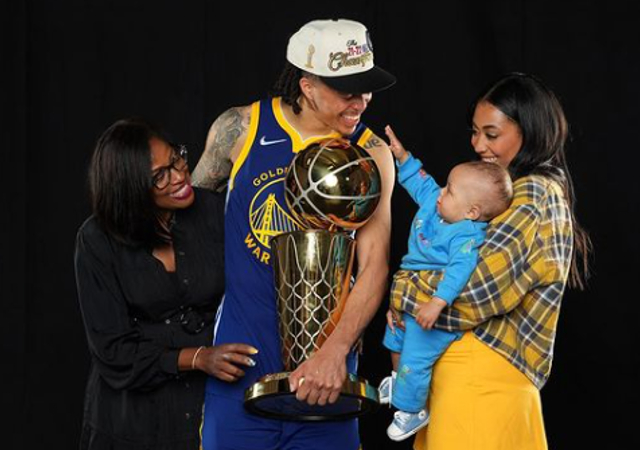 Damion Lee and Sydel Curry are living it up as champions. Damion helped his team, the Golden State Warriors, win their fourth NBA championship on Thursday (Jun. 16). 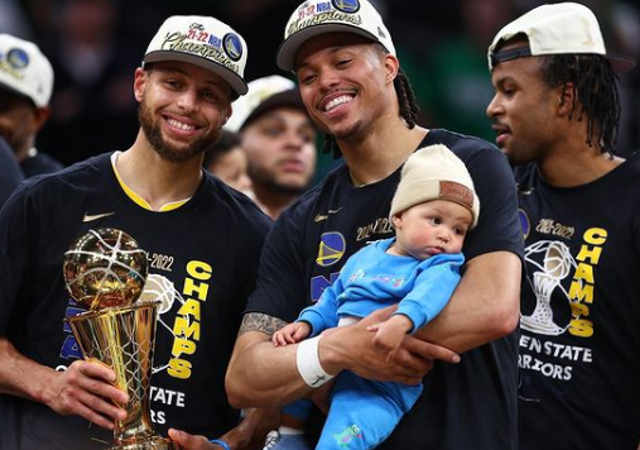 Damion had his and Sydel’s son, Daxon Wardell-Xavier Lee, by his side after the big game. Daxon took several pictures with his dad including a picture of the little one touching the championship trophy.

It has been quite the journey for Damion Lee who went undrafted in 2016 after playing for Drexel University. Damion even played for the NBA’s G League for a time after briefly playing for the Boston Celtics and being released after just one month. Lee signed with the Golden State Warriors in 2018 where he initially split his playing time between the Warriors and the team’s G League Santa Cruz Warriors. 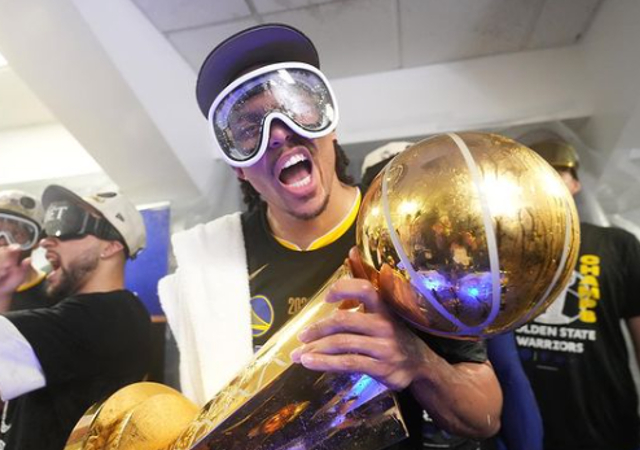 The NBA championship series was a full-circle moment for Damion as the Warriors played the Celtics for the title. Damion and Golden State’s accomplishment came months after the star athlete welcomed his son with his wife, Sydel Curry.

Daxon was born last winter. Sydel and Damion’s son came after his parents tried for months to start a family. The celebrity couple used IVF treatment to conceive their son.

“While there is so much to this part of the journey, I wanted to share what it looked like for me,” Sydel told her supporters last year. “I dealt with this in private (off social media) for a lot of reasons and thankful that I did because, whew, the hormones,” the new mom revealed.

“It was hands down one of the most difficult things I’ve ever had to do, but it wasn’t impossible,” Sydel said. “I learned so much about myself and was able to recognize on a much deeper level how blessed I am with the support system in my corner. I would not have been able to do it without them.”

Daxon celebrates his first birthday in November. The 2022-23 drafts for the forthcoming NBA season begin next week.