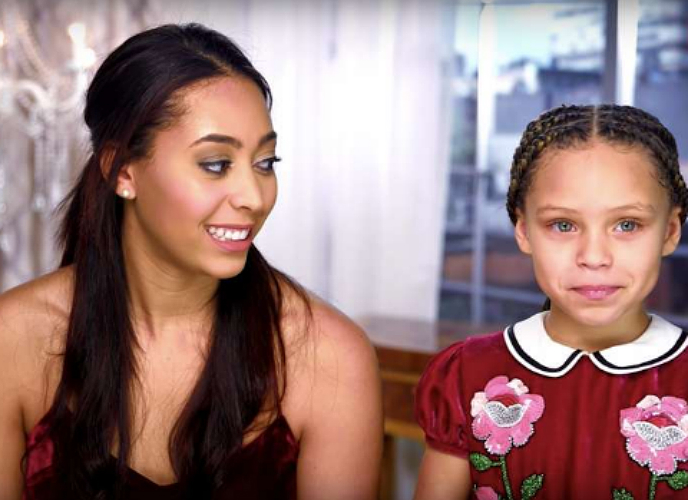 Riley Curry and her aunt, Sydel Curry, made a pact that, should Sydel venture down the road of marriage, the two of them would go to Kleinfeld to meet Randy of the hit series, Say Yes To The Dress, and to pick out the perfect dress for Sydel. The two made good on their promise during a recent episode of the show.

“Riley and Sydel, one of their favorite past times is to sit down and watch Say Yes To The Dress,” Ayesha Curry revealed during the episode. “They made a pact that whenever Sydel was going to get married, that they wanted to come to Kleinfeld and share the experience together.”

Riley enjoyed several monumental occurrences while helping Sydel find the perfect dress for her wedding. One of cutest moments for viewers came when the 7-year-old met Randy Fenoli. Little Riley had alluded to wanting to meet the celebrated TV personality earlier in the show when she went into what seemed to be an exclusive area of the store. The youngster then told one of the show’s producers that she wanted to meet Randy “because he’s very handsome.”

Little Riley got her wish of meeting Randy in person, but she could not stay awake long enough to watch as her aunt Sydel said yes to the dress. “I can’t open my eyes,” Riley said in the episode before dosing off to sleep. “She just couldn’t hang with the grown-ups,” Ayesha Curry concluded. That’s okay, Riley! You got to meet Randy Fenoli!