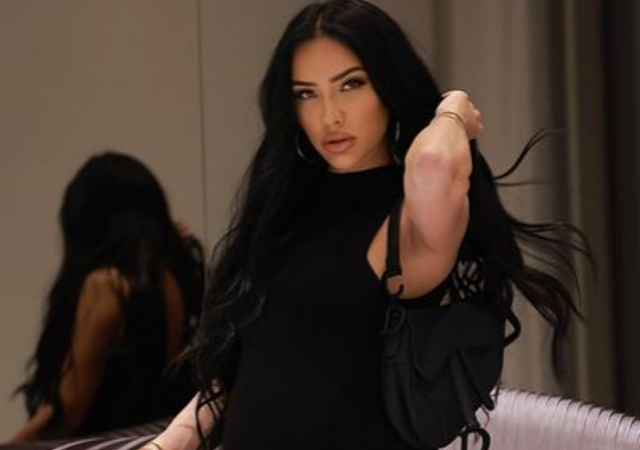 Bre Tiesi is enjoying the final trimester of pregnancy. The model recently shared pictures from her latest photo session, which followed her babymoon in the Bahamas with her unborn child’s father, Nick Cannon.

Bre Tiesi is expecting her first child with Nick Cannon. The baby will make Cannon a father for the eighth time. Some were surprised to learn of Bre’s expectancy a few months back as the news of her pregnancy came after Nick Cannon took a public vow of celibacy.

My therapist was one of the ones who said I should probably be celibate,” Nick revealed during a recent interview with The Breakfast Club. “And the reason why is because I had shared that news about, you know, Bre being pregnant, and then was like, ‘Yo, I don’t know what to do,'” the entertainer explained.

“I was trying to get a grasp,” Cannon shared. “I was like, ‘I have a new show comin’ out,’ and then that was the reason why I started my celibacy journey back then,” Nick said. “So for anybody who’s thinking, ‘Oh, he wasn’t celibate,’ I was!”

Dozens have criticized Nick Cannon for having children with multiple women. Fans and foes, however, recently admitted that the celebrity father does his best to be an engaged parent and never fails to be present for every maternity shoot.

“One thing about Nick Cannon, he’s going to show up for all the maternity photoshoots,” one fan said after seeing pictures of Nick and Bre posing for a recent photo session. Another social media follower praised the mothers of Nick’s children.