"One Thing About Nick Cannon, He's Going To Show Up For All The Maternity Photo Shoots" 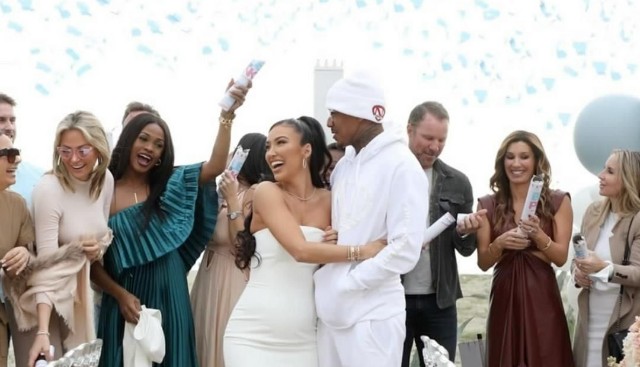 Nick Cannon is the talk of the Internet after his latest maternity shoot with Bre Tiesi. Many commented on the entertainer’s expectancy of another child in relation to his latest photo session.

“One thing, Nick Cannon, he will show up to them maternity photoshoots,” one Twitter user tweeted after seeing pictures from Bre’s maternity shoot, which also featured Nick Cannon. “I like how nick cannon take maternity pics with all his baby mothers,” another social media follower said.

One thing about Nick Cannon them maternity pictures gone be beautiful 😍😍

Some criticized Nick for having children with multiple women. One Twitter user, however, came to the radio show host’s defense. “Nick Cannon is the only man that has more than 3 [baby mamas] at the same time, posted maternity pics at the same time , did baby showers at the same time, and not one of them came on here bashing him,” the supporter pointed out. “I think these women mature and, therefore, his children will be straight.”

Nick Cannon has addressed his decision to have children with multiple women on several occasions. The television personality specifically discussed the idea of monogamy and how he views the notion of family during an interview with The Breakfast Club.

“That’s a Eurocentric concept when you think about the idea of you’re supposed to have this one person for the rest of your life,” Nick said in reference to monogamy. “And really that’s just to classify property when you think about it,” he added. “When you go into that mindset, if we’re really talking that talk, the idea that a man should have one woman — we shouldn’t have anything. I have no ownership over this person,” Cannon explained.

“It’s about what exchange can we create together,” Nick said. “I don’t have ownership of any of the mothers. We create families in the sense of we created a beautiful entity.”

Nick Cannon and Bre Tiesi are expecting their child to arrive in the coming weeks.