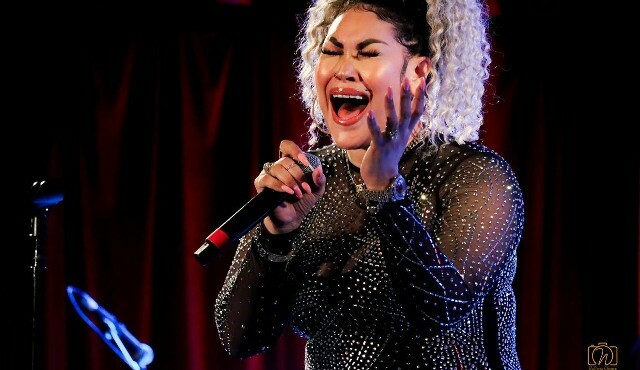 Keke Wyatt has revealed that her unborn baby has the genetic disorder Trisomy 13. The pregnant singer revealed what doctors have told her about her eleventh child during an emotional performance at the City Winery on March 13th, 2022.

Keke was in the middle of rendering a powerful Gospel song when she began to share a bit of her story with the audience. Wyatt first reflected on her son Rahjah’s past battle with Leukemia,singing, “When the doctors told me that my son Rajjah had Leukemia cancer …i said Hallelujah.”

Keke then revealed that doctors have recently warned her that her unborn child has Trisomy 13, which is a rare chromosomal disorder in which all or a portion of chromosome 13 appears three times.

She sang, “And recently I found out the doctor say my baby has Trisomy 13….”

Children affected by trisomy usually have a range of birth anomalies, including delayed development and intellectual disabilities.  According to Medline, individuals with Trisomy 13, also called Patau syndrome, often have “heart defects, brain or spinal cord abnormalities, very small or poorly developed eyes (microphthalmia), extra fingers or toes, an opening in the lip (a cleft lip) with or without an opening in the roof of the mouth (a cleft palate), and weak muscle tone (hypotonia).”

Few babies with Trisomy 13 live beyond a few months. It is important, however, to note that a warning is not absolute. Doctors establish probability based on the mother’s age, blood work, and observation taken from the sonogram.

Keke Wyatt announced her expectancy of her eleventh child a few weeks ago. The celebrity mom uploaded a candid of her family wearing t-shirts that shared the exciting news of expansion. All of the kids wore shirts implying they would be older siblings. Meanwhile, Keke and her husband, Zackariah Darring, wore shirts that clearly pointed to her expectancy.

“My husband, Zackariah David Darring, and I are proud to announce that our family will be adding a ‘plus 1’ to the Wyatt Bunch,” Keke told her social media fans. “#Baby11,” Wyatt hashtagged.

Wyatt and Darring are expecting their little one to arrive in the coming months.