Home » NEWS » KEKE WYATT IS PREGNANT WITH HER 11TH CHILD!

KEKE WYATT IS PREGNANT WITH HER 11TH CHILD! 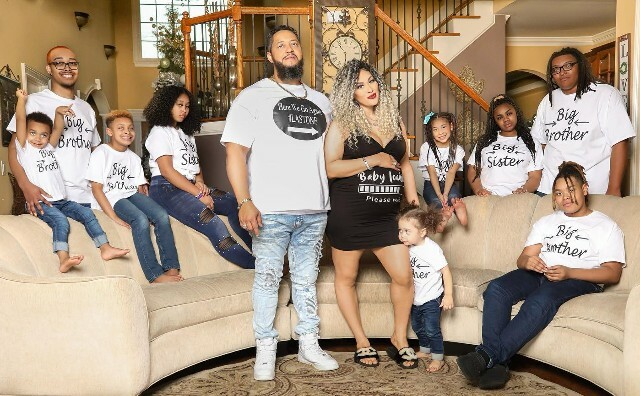 Keke Wyatt and her husband Zackariah Darring are expecting their second child together. The singer announced the news on her social media with a series of pictures, saying, “My husband, Zackariah David Darring and I are proud to announce that our family will be adding a “plus 1” to the Wyatt Bunch!”

In one photo, Keke can be seen posing with her husband and nine of their kids. “Our other daughter @0fficial.kaylaaaa wasn’t available for the picture but you’re with us in spirit Shuga!” she added.

Wyatt and Darring welcomed their son, Ke’Riah Darring, on January 6, 2020. The little one made Keke a mom for the tenth time.

“My husband Zackariah and I are blessed to welcome our beautiful and healthy 7lb 11ounce son, Ke’Riah Darring,” Wyatt announced on Instagram.

Wyatt married Darring in 2019 following her divorce from ex-husband Michael Ford, with whom she shares nine of her children. Back in 2020, Keke was rumored to be pregnant again, but she shut down those rumors down, saying,  “I’ve been hearing rumors going around that I’m pregnant,” Keke began her statement on Instagram last week. “First of all, it’s my business,” the celebrity mom assured. “So if I was, I ain’t got to tell nobody if I don’t want to. But since y’all – and you know who y’all are – since you’re going to say I’m pregnant, and you ain’t got nobody’s proof, you’re dumb and you’re a lie (sic). And I feel sorry for you if you go to hell for your lies.”

Wyatt went on to assure her fans and critics, “I’m not pregnant. I just had a baby. He just turned 7-months-old. Why in God’s creation would I give birth to another child, or even think about getting pregnant with a child, [when] my body hasn’t even healed? Your body needs a whole year to heal.”

SHAY JOHNSON IS PREGNANT: 'I'VE WANTED A BABY FOR SO LONG'

PREGNANT RIHANNA SAYS FANS CAN STILL EXPECT MUSIC FROM HER

PREGNANT RIHANNA SAYS FANS CAN STILL EXPECT MUSIC FROM HER