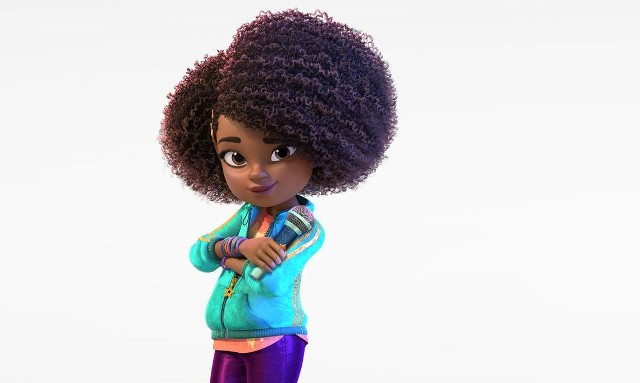 If you remember, Karma’s World, is inspired by actor/rapper Chris Bridges, aka, Ludacris’, 20-year-old daughter of the same name. The series debuted on Netflix last September to high viewership numbers and rave reviews from bingers and critics alike.

If you haven’t had the opportunity to watch and are unfamiliar with the show, Karma’s World follows the life of Karma, voiced by Asiahn Bryant, as she navigates the world around her.

“I feel like we need shows like this now more than ever, and the reinforcement is in the music as well.” Ludacris told NBC reporters in an interview about the show.

He continued, “For my own daughter, I would love for them to see a show like the one I’ve created, where they can see their hair represented and the texture represented, and hear about real life situations that they’re going through…and just constantly reminding kids that the sky’s the limit – and they can go after their dreams, and they can make change, no matter how young they are, starting in their own neighborhood.”

As if getting a second season on Netflix isn’t exciting enough for Karma’s World, Karma is getting her very own Barbie doll, slated for June 2022!

Asiahn Bryant posted the good news on her official Instagram account, saying that, “@karmasworldofficial is getting. Singing doll with @mattel and you know whose voice is in singing in it ?!?? MINE!!! #ayoungmovementiscoming #karmasworld Ahhhhgghhhgg we’re getting a Doll yall!!! KARMA is getting the most adorbs doll of all time with her perfectly curled hair, lip gloss popping, and look at those beautiful brown eyes.”

And of course, she continued with congratulating the entire Karma’s World team on this special honor by Mattel.

In a previous interview Ludacris told the TODAY Show that he spent 15-years perfecting Karma’s World. Bridges not only executive produces the show that talks about building self-esteem and more, but he also stars as Karma’s father, Conrad Grant.