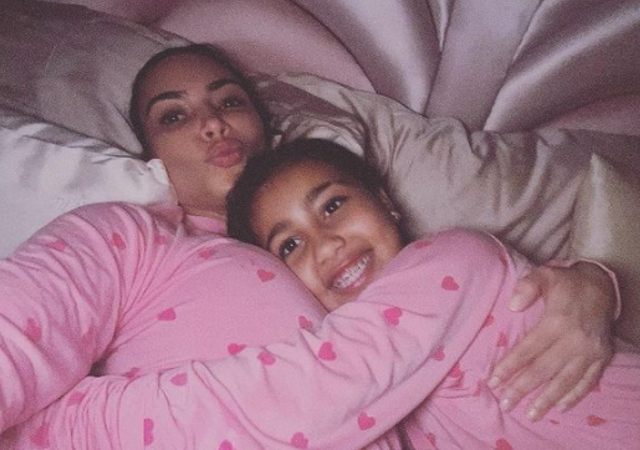 Kim Kardashian responded to Kanye West’s weekend rant on Monday (Mar. 14). The Reality TV star took to the comments section of one of her estranged husband’s posts with her side of the story.

Kanye took to Instagram to discuss everything from religion to his parental rights, which he told supporters were few. “I don’t have custody,” West told his social media fans. “I had to fight to have my kids not (sic) on TikTok,” the celebrity father shared.

The controversy over Kim Kardashian and Kanye West’s oldest daughter, North, engaging in videos for TikTok is ongoing. Kanye does not want North on social media even if the youngster is with her mother in the video clips. Kim, meanwhile, allows their daughter to enjoy TikTok because, according to the celebrity mom, such activities make the youngster happy.

“I told her to stop antagonizing me with this TikTok thing,” Kanye said in one of his rants on Sunday (Mar. 13). “I said, ‘It’s never again.’ I am her father. I know y’all don’t respect fathers and the idea of family and the media tries to promote something. I said, ‘I am not allowing my daughter to be used by TikTok, by Disney. I have a say-so.'”

Kanye alleged he did not get to see his kids to which Kim responded, “Please stop this narrative,” the celebrity mom told her estranged husband. “You were just here this morning picking up the kids for school,” Kim told Kanye.

“I very much desire to be divorced,” Kim revealed in her documents. “I have asked Kanye to keep our divorce private, but he has not done so,” the celebrity mom explained. “Kanye has been putting a lot of misinformation regarding our private family matters and co-parenting on social media which has created emotional distress.”