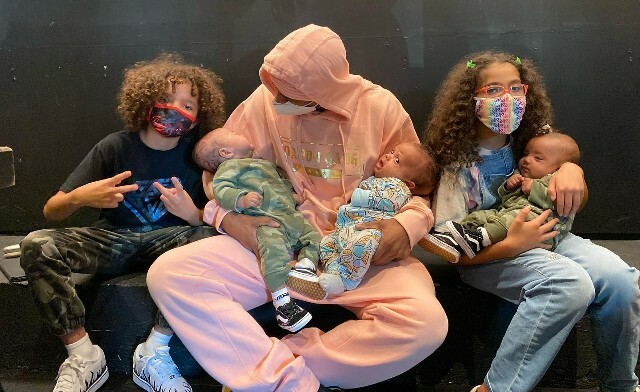 Nick Cannon feels guilty for not spending more time with his kids. The all-around entertainer recently shared his regret during a segment on his talk show.

Nick was especially remorseful for not being able to spend as much time with his late son, Zen Cannon. “There’s this heavy, heavy guilt with the fact [that] I didn’t get to spend time like I really wanted to with Zen, that I have other children even in a similar age,” Nick said during his talk show’s episode on Wednesday (Feb. 16). “And it’s like, ‘OK, I’m guilty that I’m not there every day. I’m guilty that the mothers of my children yearn for more and I can only give them so much.'”

Zen Cannon passed away on December 5, 2021, after struggling with a brain tumor for several months. The little one’s mother, Alyssa Scott, recently gave a beautiful tribute to her son on Instagram after his passing.

“Oh, my sweet Zen,” Alyssa wrote to her late son. “The soreness I felt in my arm from holding you is slowly fading away. It’s a painful reminder that you are no longer here,” Scott said.

“I caught myself looking in the backseat as I was driving only to see the mirror no longer reflecting your perfect face back at me. When I close a door too loudly I hold my breath and wince knowing a soft cry will shortly follow. It doesn’t come. The silence is deafening,” Alyssa shared.

“These last 5 months we have been in this race together. We would hand the baton off to each other. You kept me going,” the celebrity mom wrote to her late son. “We were a team, both determined to see it through. It feels unbearable running without you now,” Scott told Zen. I can’t. “In this moment, I feel myself being carried. By your sister… By God. By complete strangers encouraging me to not give up. It has been an honor and privilege being your mommy. I will love you for eternity.”

Zen was Alyssa Scott and Nick Cannon’s only child together. Nick fathers seven children – Zen, Monroe, Moroccan, Powerful, Golden, Zion, and Zillion – in all. Nick Cannon is expecting his eighth child to arrive in the coming months.