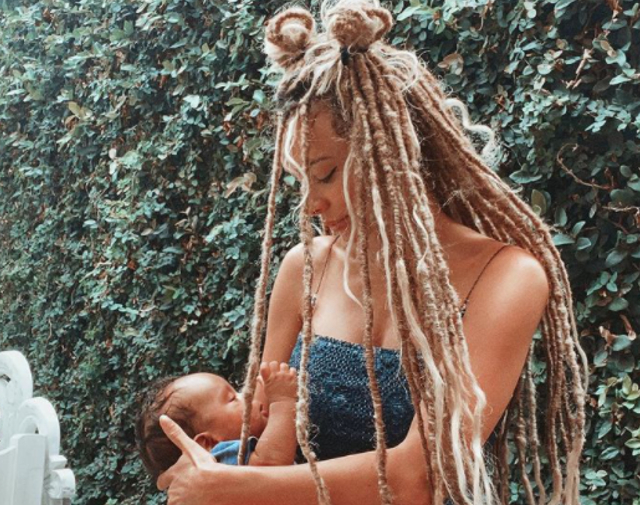 Alyssa Scott took time to mourn her and Nick Cannon’s late baby, Zen, ahead of Valentine’s Day. The Wild ‘N Out model shared pictures and a video clip of her son on Sunday (Feb. 13).

“I can imagine us the night before Valentine’s Day filling out cards to hand to your classmates,” Alyssa wrote to her late son. “All signed with your handwriting,” the celebrity added. “I know it would say: love, Zen. “Every letter written with your tiny little hand.”

Scott went on to tell her son, “I often think about your voice. The sound of you saying, ‘I love you mom.’ Words I will never hear, but still, feel to this day. I know you love me, Zen. You are everywhere. I see you in everything beautiful. When I hear a baby giggle when I see children playing. You are there.”

Alyssa Scott and Nick Cannon lost their son on December 5, 2021. Zen was 5-months-old at the time of his death and underwent several surgeries to reverse the effects of a brain tumor his parents learned about when their son was 2-months-old. Alyssa and Nick visited the beach with their son during the final days of his life.

“If I had one wish it would be to hold you,” Scott wrote to her late son. “I know everything around me would standstill,” the celebrity continued. “It would be just you and me,” Alyssa added. “My last words to you were, ‘I’m here, I love you.’ That will ring true until the end of time. I’m here and I love you, baby. I’m just missing you extra today. My son. You are all of my dreams realized.”

Zen Cannon was Nick Cannon and Alyssa Scott’s only child together. Nick has seven kids – Zen, Zion, Zillion, Monroe, Moroccan, Powerful, and Golden – in all. The celebrity father is expecting his eighth child to arrive later this year.