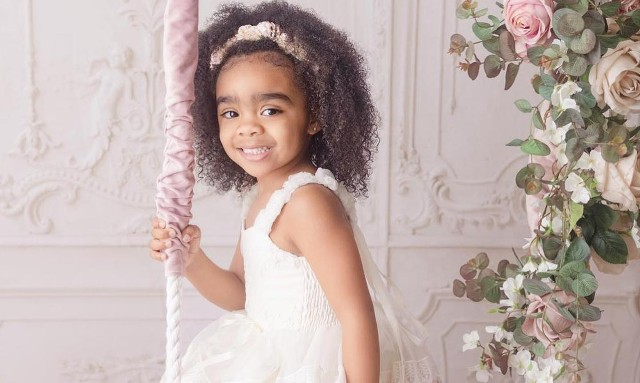 Toya Johnson is celebrating her youngest daughter, Reign Rushing, on her fourth birthday. The celebrity mom took to Instagram to pen a sweet message on her little one’s special day.

“Happy 4th Birthday to mommy’s little princess,” Toya wrote to Reign. “My birthday wish for you is that you’re forever able to acknowledge how special you are,” Johnson told her daughter in the sweet note. “I hope you always feel confident enough to be you! I pray you never stop owning your power and keep dancing to the rhythm of your own beat. I love you so much.”

Toya Johnson and her fiance, Robert Rushing, welcomed their daughter on February 8, 2018. Reign’s arrival came as a pleasant surprise to many who did not know Toya and Robert were a couple. Supporters were even more amazed to learn the celebrities were starting a family together.

Reign has definitely shown attributes of both her father and mother since making her debut in the spotlight. It was just a few weeks ago that the little one was filmed by her father during Atlanta’s snowstorm. Robert was curious as to why Reign was entering her tiny home without shoes. “Why did you take your shoes off,” the celebrity father asked. “It’s snowing outside.”

Reign answered her father by explaining to him that she removed her shoes to keep the snow out of her home. “Because [the snow is] going to get all over my house,” the little one responded to her dad. “And my baby doll is all wet,” Reign added. “Now I have to clean up this room.”

Toya responded to the video clip of her daughter with amusement. “When I say your kids mimic everything you [do],” the celebrity mom said. “This is so me,” Toya told her fans. “I don’t like shoes in the house and I clean up all day.”