"You Are Letting Your Woman Control Your House" 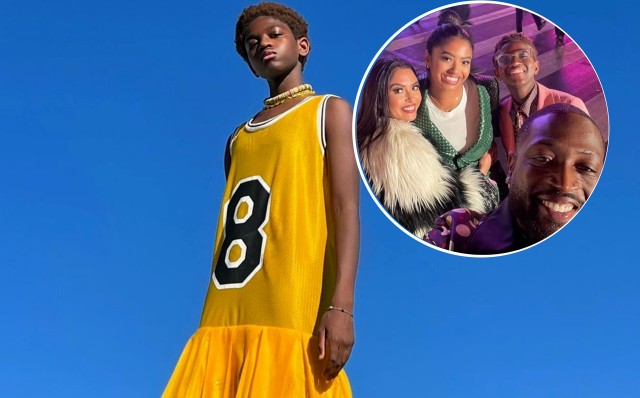 Zaya took to Instagram on Wednesday (Jan. 26) to honor the second anniversary of the deaths of Kobe and Gianna Bryant. The teen struck several poses while rocking Kobe’s jersey, which was transformed into a dress just for Zaya. “Always remembering and honoring Kobe and Gianna,” the teen shared in her Instagram post.

Many thought the tribute was beautiful. Kwame Brown, however, took issue with the Instagram post. “You are letting your woman control your house,” Brown wrote to Dwyane Wade. “I’m not saying there’s anything against homosexuals, but [Kobe] is a heterosexual man,” the former NBA player said.

“Why is he being honored by making his jersey into a dress,” Kwame asked. “Wear his godd*mn jersey for the day to honor him without the dress part,” the star athlete advised. “Let’s please not show our black brother in this light. This is no offense to nobody else. This man was a heterosexual man with a wife and a family. There’s no reason for this to be tied to Kobe Bryant. None whatsoever.”

Zaya Wade came out as a member of the LGBTQ+ community in 2019. Dwyane Wade delved into his journey to accepting his daughter as such during a recent interview.

“Zaya is a 14-year-old amazing girl, who since she stepped into her classroom on day one has never gotten lower than A,” Wade told TODAY. “She’s my daughter,” the celebrity mom declared. “She’s beautiful and she has so many other great qualities that she is tapping into that everyone is starting to see.”

Not everyone is willing to let Zaya Wade live authentically without adding their share of scrutiny. Nevertheless, the teen continues to share pictures of herself striking fabulous poses in designer wear. Some believe Zaya has a future in fashion because of her impeccable style. Fans will have to keep following the teen online to see what career path she chooses.