Home » NEWS » ZAYA WADE IS READY TO GET ON THE ROAD 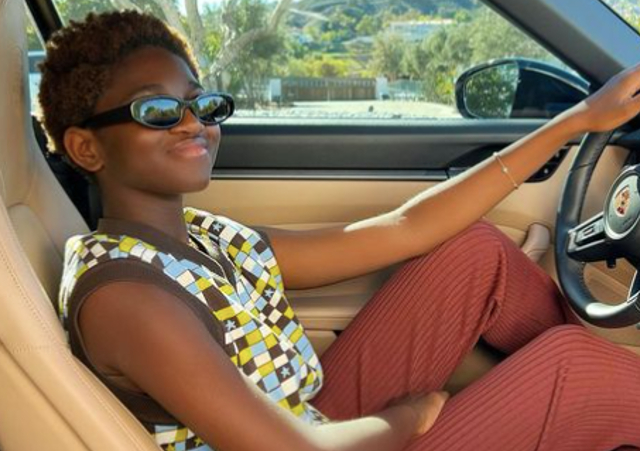 Zaya Wade is looking forward to the day that she gets to drive her father Dwyane Wade’s car. The teen recently posed while being photographed in the driver’s seat of her dad’s vehicle.

“Manifesting driving dad’s car like,” Zaya captioned underneath a candid that featured her striking a pose while sitting the driver’s seat of Dwyane Wade’s black convertible. “Watch out,” Zaya told her fans.

Zaya Wade has certainly been getting into good trouble as one who advocates for individuality. It was just last year that the teen had a conversation with former First Lady Michelle Obama.

“I am just so proud of you being just an amazing role model and embracing your truth,” Mrs. Obama told Zaya during their discussion about her memoir, Becoming. “It does take time to know what your ‘self’ is,” the former first lady continued. “So my first piece of advice is [to] be patient with yourself,” Obama told Wade.

Zaya Wade recently shared how she embraces self-care during an interview with ESSENCE. “Every morning and every night I look in the mirror and I tell myself, ‘I’m beautiful, I’m worth it and this day is going to be great,'” Zaya told the media source.

“At night I say, ‘I’m still beautiful and still worth it. And tomorrow is going to be great,'” the teen continued. “I have to tell myself that every day. I think it’s really helps me get through each day and start off another day on a positive note.”