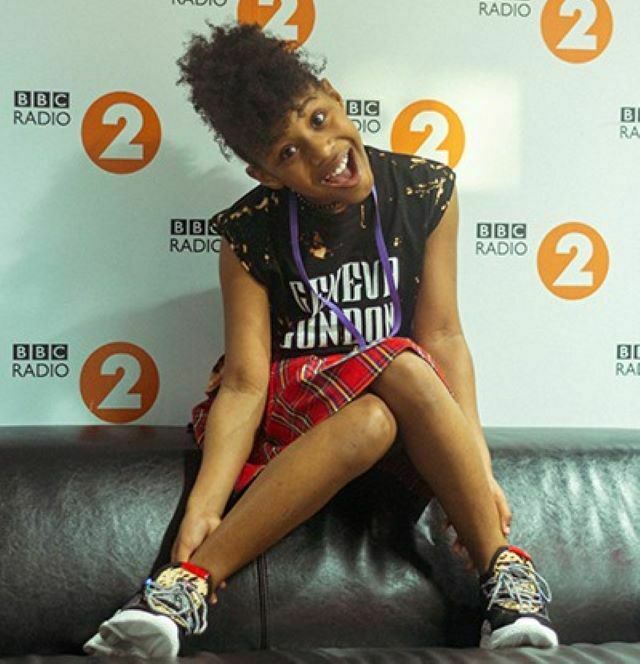 After receiving her first drum kit for her seventh birthday, Geneva had her first live performance in front of 150 people for her grandfather’s 60th birthday party. Growing in her skill and confidence, Geneva hasn’t looked back sense!

With her amazing talent, the young preteen has caught the attention of not only celebrities and top-tier musicians, but she’s also made waves on some of the most respected industry charts around such as Billboard and Official Charts, in addition to being featured on coveted TV shows such as Little Big Shots, among others.

Take a look below at some Q&A from her official website in order to get to know this rising star even better.

When did you start drumming?

How would you describe your drumming style?

I would say my style is very versatile because it’s a mixture of DnB, funk, and rock with a Caribbean influence. What do you like most about drumming?

I like feeling the groove, listening to the music, and expressing myself! That’s what I like most about drumming!

Where was your first live performance?

What has been your best highlights so far?

It’s hard to say, because all of them have been amazing, but my favourite highlight is when I started playing, because that started everything!

Sheila E inspires me because she is an American percussionist, singer, author, and actress, and she has been doing music for over 40 years! Michael Jordan also inspires me, because of his work ethic and strategy, and Madame CJ Walker inspires me, Because she is recorded as the first female self-made millionaire in America in the Guinness Book of World Records.

What is your message to kids who watch your videos?

Play Your Way!! Be yourself, find your passion, and move to your own beat.I want to inspire people to do what you love and love what you do, no matter what, put the hard work into what you do, and when you reach your goal don’t forget how you started and who helped you.

What do you see yourself doing in 10 years time?

In 10 years time, I see myself releasing my own music, building my own production company to create movies and TV shows, being a screenwriter and touring the world!

And of course, we have no doubt that Geneva is going to do that and more. If you aren’t following her on social media, make sure to do so because you definitely don’t want to miss a minute of this journey!