Home » NEWS » SERENA WILLIAMS’ DAUGHTER, ALEXIS OLYMPIA, HAS ‘NEXT’ IN THE TENNIS WORLD 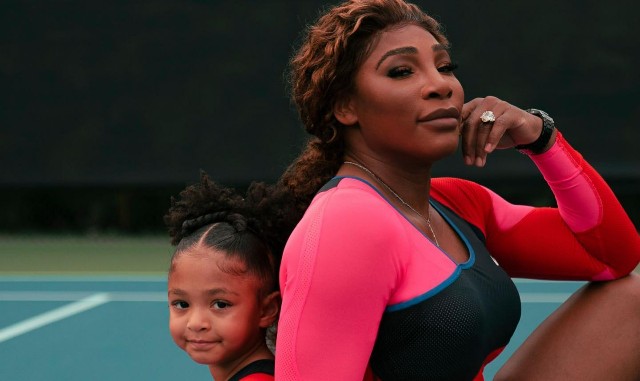 Does Serena Williams’ daughter, Alexis Olympia, have next in the way of tennis? Maybe so! The tennis champion uploaded a picture of herself posing while sitting back-to-back with her daughter. The candid was giving off major tennis vibes to adoring fans.

Serena and Alexis Olympia were photo-ready on the tennis court. The celebrity mom and her daughter wore matching sports gear and held hands while looking into the camera’s lens. “Next,” Serena asked her social media fans.

“Just absolutely beautiful,” one Instagram follower said. “She is training her little girl to play tennis,” another fan declared. “Look out world.”

Serena Williams previously told the press that tennis was not the definite option for Alexis Olympia. The star athlete did, however, reveal that her daughter was receiving training to play the sport. Success from such training became evident earlier this month as Serena uploaded a video clip of Alexis Olympia serving a backhand hit that reminded many of her mom on the tennis court.

“Not her backhand already looking better than mine,” one fan said of the video clip featuring little Alexis. “The future looks bright already,” another social media follower wrote online.

Of course, there is more to Alexis Olympia than playing tennis. “For me it’s really about having the humility and also just being the best person that she can be,” the celebrity mom recently shared with the media. “And having spiritual values means a lot to me,” Serena said of values she hopes to pass on to her daughter.

“So that’s what’s most important,” Williams continued. “It’s not about what you have materially, it’s just what you have in your heart and your soul.”

Alexis Olympia is Serena Williams and husband Alexis Ohanian Sr.’s only child. You can see the youngster’s tennis adventures when you follow her Instagram page!