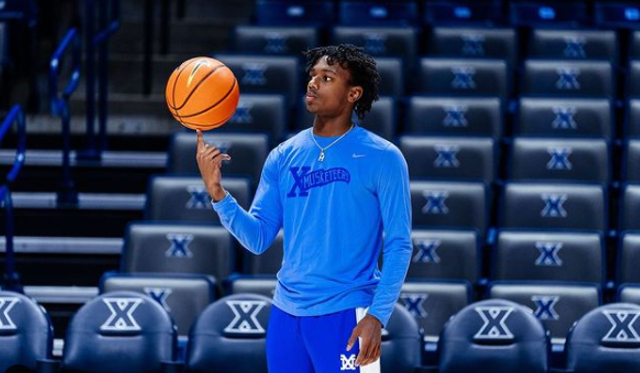 Master P’s son, Hercy Miller, is transferring to Xavier University from Tennessee State University (TSU). The young adult will come to the school as a “walk on.”

Hercy took to Instagram with the news of his relocating to Xavier from TSU. “God opens doors no man can shut,” the young adult shared in the caption of a post in which he was photographed while spinning a basketball on his finger. Hercy wore a t-shirt that bolstered Xavier while standing in an arena with seats that also placed the school in the spotlight. Many took Hercy’s post as evidence of his decision to transfer to Xavier.

Hercy Miller committed to Tennessee State University last year after receiving athletic scholarship offers from the University of Southern California (USC) and other prestigious schools. The young star decided to accept the offer from TSU because of its status as one of the nation’s Historically Black Colleges and Universities (HBCU).

“I want to be a leader, and a dream of mine and a goal of mine is to change the narrative,” Hercy told his supporters. “I want to show people you don’t have to go to one of these big schools, Power Five conference schools, just to be great,” Miller continued. “There are a lot of great people who came out of HBCUs or mid-major schools. I want to be the next one.”

Hercy suffered a hip injury that required surgery while playing for TSU. The star athlete decided to change schools after determining TSU’s medical care insufficient to properly care for his injury. Nevertheless, Master P’s son continues to remain true to his dedication to support HBCUs through his enrollment at Xavier University.

Master P has nine kids in all.