Home » NEWS » MASTER P’S SON HERCY MILLER, IS ‘ONE OF THE TOP POINT GUARDS IN THE COUNTRY’

MASTER P’S SON HERCY MILLER, IS ‘ONE OF THE TOP POINT GUARDS IN THE COUNTRY’ 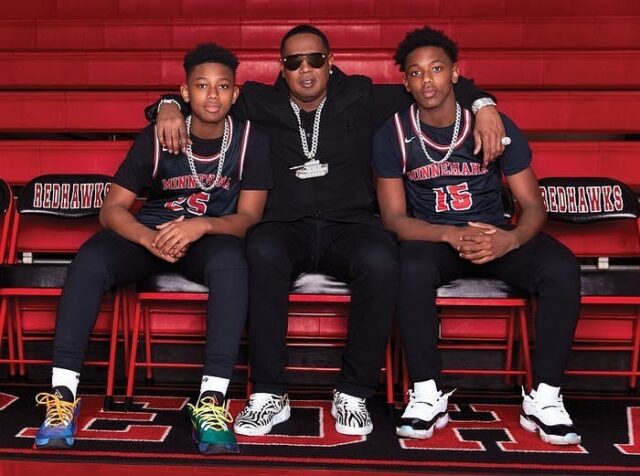 Master P is famous for his legendary rap career, but what some people don’t know about him is that he also played in the NBA and even has his own basketball league. Master P’s son, 18-year-old Hercy Miller took after his father and also plays basketball, and he is quite talented in his own right.

A high school senior in the class of 2021, Hercy Miller plays point guard for Minnehaha Academy in Minneapolis, Minnesota. With his skill and talent, Hercy has had offers from many esteemed basketball schools, but he recently narrowed his list down to seven. Master P took to Instagram to announce the seven schools his son is looking at, which are Arizona, Howard, LSU, Minnesota, Missouri, UCF, and UCLA. He posted a GIF of Hercy along with the logos of the schools and wrote in the caption:

“My son @hercymiller is a 6’3” high school senior point guard. Class of 2021. He’s an A student and blessed with some amazing basketball talent. I’m proud of him. This is one of the most important decisions he has to make in his life. He can probably go to any university of his choice but he narrowed it down to a top 7. #HOWARD #UCLA #LSU #ARIZONA #UCF #MISSOURI #MINNESOTA #TheFuture.”

Master P and his ex-wife Sonya had seven children together, including Hercy. Though it would be easy for Hercy to coast on his father’s fame, he works to make a name for himself and Master P is very proud of his son for it. He posted a short highlight video of Hercy playing basketball and captioned the post:

“You don’t work, you don’t eat. My son put God first and he’s an A student. He doesn’t care about that Master P son stuff, he’s making a name for himself. Hard work is in his DNA. Whatever college he goes to, they going to get a beast. He’s one of the top high school point guards in the country, because he’s passionate about what he does and lives in the gym. #TheFuture @hercymiller #Godisreal Family over everything #makingthenonbelieversbelieve.”