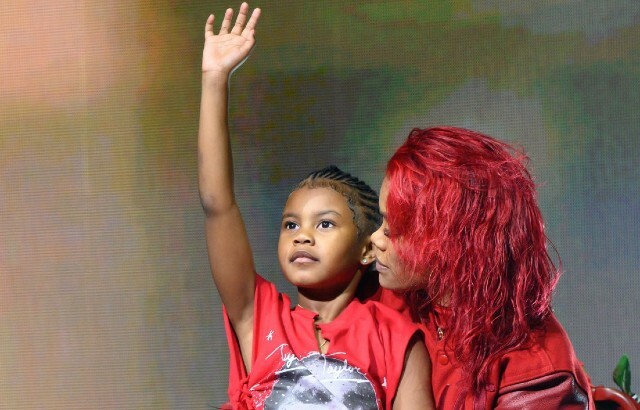 Teyana Taylor gave her daughter, Iman “Junie Bug” Shumpert Jr., the spotlight during her Rose Petal Farewell Tour. The recording artist brought her little one onstage two nights in a row to perform the hit single, ‘Come Back To Me.’

Those who have heard the track know that Junie as well as Rick Ross are featured in the song. Junie kicks off the single with melodies, which are followed by the amazing talent that is Rick Ross. ‘Come Back To Me’ made its debut last June, which was at the height of the pandemic and has garnered well over one million hits on YouTube.

“When Junie started the song that was the cutest thing ever,” one fan said in reference to Junie’s vocals at the beginning of the track. “Teyana really birthed a star,” another listener declared. “Junie’s vocals are so cute.”

Junie certainly is a star in her own right. Many are still in awe of the youngster’s bold personality as featured in her parents’ Reality TV show, We Got Love Teyana & Iman. Junie was not afraid to speak her mind even when some viewers believed the youngster was a bit too sassy for her age. Teyana and Iman Shumpert’s daughter took all of the liberties her parents allowed and blossomed on the show.

“Junie is a free spirit,” Teyana shared during an episode of the show. “So the fact that she does have so much personality, TikTok I feel like is a great outlet,” the celebrity mom said. Teyana and Iman were discussing the possibility of allowing their daughter to develop her personal TikTok page, which would have been an introduction to the social media world for Junie outside of her parents’ Instagram accounts.

Still, Teyana had her reservations about allowing her little one to venture into the world of TikTok. “I feel like there’s no controlled way to handle TikTok,” Teyana reasoned with herself and We Got Love viewers. “TikTok can get out of control,” the celebrity mom added. “But I love the fact that TikTok allows kids to be expressive and learn new things. I’m just trying to give her her (sic) freedom to do what she do (sic). I just want to find a happy medium.”

Junie is Teyana Taylor and Iman Shumpert’s oldest child. The celebrity couple also has a daughter named, Rue Rose, who celebrated her first birthday in September.